HALIFAX – On the factory floor, masks were optional.

Until last month, workers at TEC Business Solutions’s corrugated packaging plant in Mississauga, Ont. underwent a COVID-19 screening, had a temperature check and sanitized their hands – but once inside and at their own stations, they could remove their masks.

“It gets really warm in there and it can be hard to breathe with a mask,” said Mike Prencipe, the chief operating officer at TEC Business Solutions. “We said if workers can physically distance, they can remove their masks.”

“Everyone around them had to quarantine,” Prencipe said, noting that the bulk of the plant’s workforce had to stay home for two weeks. “We’ve now made it our own policy that if you’re in the plant, you have to wear a mask at all times.”

The small outbreak at the Ontario packaging plant illustrates how workplaces are emerging as a driving force in the second wave of the pandemic. 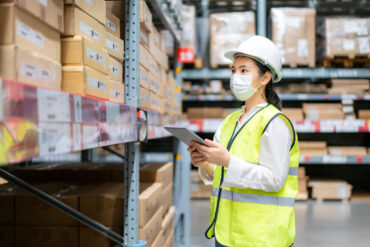 A growing number of infections can be traced back to workplaces, including in manufacturing, warehouse and shipping facilities, according to Ontario data on active outbreaks by setting.

More than 10,000 workers have contracted COVID-19 due to work-related exposures, statistics from the Ontario Workplace Safety and Insurance Board show.

The province declared a second state of emergency Tuesday amid rising COVID-19 case counts and tightened rules around masks in workplaces among other measures.

The more stringent regulations appear to address at least one of the problems potentially fuelling workplace infections – the lack of clarity or consistency surrounding mask-wearing rules in workplaces.

Across the country, each province and in some cases individual health units or workplace safety boards offer varying guidance on masks at work.

Generally, any business or front office that is open to the public must enforce the use of masks.

But the rules surrounding masks in private workplaces where physical distancing can be maintained are murkier, with each province taking a nuanced approach to COVID-19 safety measures.

It’s a patchwork that can be confusing. Multiple business operators say they want to stick to the rules and keep workers safe, but have found some of the regulations unclear.

The “ambiguous” messaging around mask-wearing in the workplace prompted the office manager at TEC Business Solutions to repeatedly call public health over the last several months to ensure they were following rules, Prencipe said.

“We wanted to follow the protocols and keep our employees safe,” he said. “They told us we were taking the right precautions.”

Still, Prencipe made the call to tighten the mask rules in his workplace following the December outbreak, a move that Ontario appears to have followed.

In response to the “alarming and exceptional circumstances,” the province said individuals are now required to wear a mask or face covering in the indoor areas of businesses at all times. 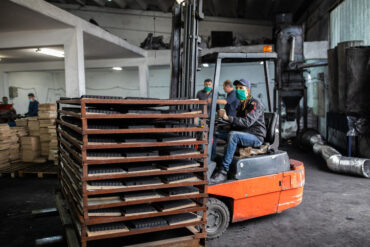 Ontario is also stepping up enforcement measures. Provincial workplace inspectors are expected to focus on areas of high transmission, including break rooms, and issue tickets to those not wearing a mask indoors.

Indeed, Prencipe said the virus may have been spread in either the company’s lunchroom or bathroom, spaces where both plant and office workers co-mingle.

Yet other provinces continue to only require masks in workplaces where employees are interacting with the public, or if two meters of distance cannot be maintained between workers.

In Nova Scotia, for example, the provincial mask requirement only applies to spaces the public has access to – not private spaces.

“We encourage business owners/employers to set their own policies for private spaces,” Health Department spokeswoman Marla MacInnis said in an email.

At a commercial machining and welding shop in the Halifax-area, workers aren’t required to wear masks.

When one of his workers tested positive for COVID-19, he said he was worried others may have fallen ill.

But no one else tested positive, and the COVID alert app suggested the worker was exposed outside of the workplace, MacPhee said.

Still, he had to shut down a portion of his Dartmouth plant for two weeks and opted to continue paying his workers in quarantine so they wouldn’t suffer financially over Christmas while waiting for federal support.

“We were behind as it was because of the shortage of machinists,” MacPhee said, “so it was certainly difficult.”

Dennis Darby, president and CEO of Canadian Manufacturers and Exporters, said it’s a blow for any company to have to shut down part of their operations for two weeks.

While most manufacturers are trying to follow all the rules in their area, Darby said the bottom line is “it’s not zero risk.”

“There’s a huge amount of stress on these companies because most of them are owner-operated and they want to do what’s right. They want to protect their workers.”

Meanwhile, as workers return to his shop, MacPhee said they can wear a mask if they want – but he won’t “force anybody.”

“We’re following guidelines and there’s no mandate that says everyone has to wear a mask on the shop floor when they’re more than six feet apart,” he said. “There’s some ambiguity and some things are open to interpretation, but we’re following all the province’s rules.”