What to ask your D&O clients before a market correction

The week ending Feb. 9 saw a “a steep and broad-based selloff” in the stock of publicly-traded companies, with the S&P 500 and TSX dropping 5.2% and 3.7% respectively, BMO Capital Markets reported this week. 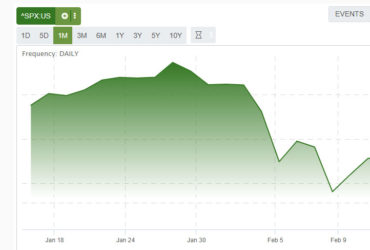 Although last week’s stock market drop is probably not going to cause major losses that would affect insurance lines, there could potentially be class-action lawsuits filed in Canada against directors and officers of companies “if there is a market pullback,” Mutcheson warned.

The Canadian Imperial Bank of Commerce, along with some CIBC directors and officers, were hit with a class-action lawsuit after the share price dropped from $106 to $67 between May 2007 and February 2008. That case is still before the courts. Allegations that CIBC misrepresented the bank’s exposure to subprime mortgages in the United States have not been proven in court.

“Whether it’s a single investor, or a group of investors who take issue with how the directors and officers are managing that particular entity, rightly or wrongly, they can take issue and bring [a lawsuit],” Bernard McNulty, head of claims for AGCS Canada, said Wednesday. He was commenting in general on D&O liability and not on the CIBC lawsuit.

To address such risks, McNulty said, brokers could step up their inquiries on the level of independent audit that goes on within an organization for which they are placing D&O liability coverage. Brokers should also ask clients about their corporate governance, including the controls, processes and risk management procedures at the board level, he advised.

Corporate directors and officers have a duty of care, which includes being “familiar with the financial status of the corporation by way of reviewing the financial statements regularly,” Marie-Pier Couturier and Shayan Kamalie, insurance defence lawyers for McCague Borlack LLP, wrote earlier in a blog post.

With two consecutive years of “strong results” in equity markets, there is an increase in volatility, Mutcheson said. The more an investor loses, the bigger the lawsuit is going to be if the investor decides to sue the directors and officers of the company.

“When you have improved your stock price, you have increased your exposure,” explained Mutcheson. “Any bit of news and noise” can cause a severe reaction in the stock market, he added.

There is also the potential for claims under errors and omissions policies for financial advisors if investors are “unhappy with the advice they got from their advisor,” Mutcheson said.

Managers of pension funds are also at risk if people who are about to retire or have retired are concerned the value of their pension has dropped.

“I think the markets should recover quickly and those claims probably will not materialize into anything significant,” said Mutcheson. “But I think that potential always steps up when you get a correction or a pullback.”