Uncertainty over the 24-year-old North American Free Trade agreement is probably discouraging some investment in Ontario, the province’s auditor general suggested in a report released Wednesday. 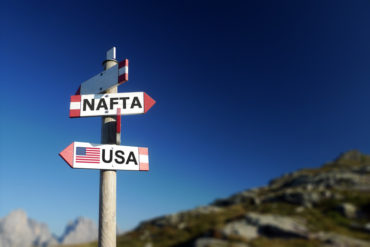 Uncertainty over NAFTA is “almost certainly causing at least a temporary chilling effect on private-sector investment [in Ontario],” wrote Bonnie Lysyk, the province’s auditor general, in Review of the 2018 Pre-Election Report on Ontario’s Finances, released Wednesday. “In an environment where it is unclear if there will be a new NAFTA, and if so, what it will look like, it is sensible for corporations to wait and see what landscape emerges.”

The auditor’s observation reinforces the trade risks associated with the uncertainty of the NAFTA renegotiation, as risk managers have expressed to Canadian Underwriter recently.

The renegotiation of NAFTA was spawned by concerns by U.S. President Donald Trump that American imports are causing American workers to lose jobs. In force since 1994, NAFTA eliminated tariffs on some goods sold among Canada, the United States and Mexico.

The risk of increased trade barriers associated with NAFTA re-negotiations should be “front and centre” for risk managers, Russ Crawford, national leader of NAFTA Services for KPMG in Canada, said recently in an interview. Risk managers should be modelling the effects of a delay in getting goods across the border and what happens if tariffs increase, he added.

It remains to be seen for how long the NAFTA uncertainty may continue.

Officials from the three nations are re-negotiating the trade agreement and a deal could be done within days, The Canadian Press reported Tuesday.