The proceeds of cargo theft and auto theft are in some cases funding terrorist activity, while accident benefits fraud in Ontario continues to be a problem, an Insurance Bureau of Canada speaker suggested to attendees at the Insurance Analytics Canada Summit. 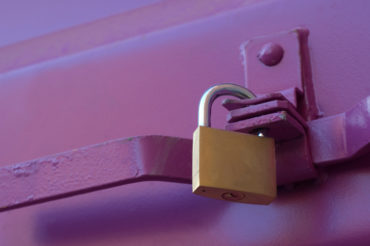 The federal government established FINTRAC in 2000 with the passage of the Proceeds of Crime (Money Laundering) and Terrorist Financing Act. Several categories of businesses, including securities dealers, must keep certain records and report to FINTRAC all transfers of $10,000 or more in cash or by electronic funds transfer.

“The majority of the monies that are involved with insurance fraud are supporting some other level of criminal activity,” Ryan said during her presentation titled Keep Up to Date with the Fraud Trends Across Canadian Insurance.

“Because cargo crime usually generates faster and quicker and larger quantities of money, it’s easier to fund something quickly when we are talking about something like terrorism,” she said. “A lot of the stolen cars that show up in containers … those are used as car bombs in a lot of terrorist bombing as well and we have a lot of direct evidence that comes back to that.”

IBC employs experts who do forensic vehicle identification, Ryan said, suggesting they often help police find vehicle identification numbers on vehicles. Sometimes, she suggested, IBC investigators work with the authorities in identifying vehicles that have been put in container ships intended to be sent overseas.

“A lot of the time people will pay money to get a seat in that car,” Ryan said of staged collisions. “They will pay the recruiter $200 or whatever to be physically placed in the car because now they can open up an accident benefits claim and basically drain the insurance company out. They will never show up at a rehab clinic.”

Clinics who are in on the scheme will “flood-fax paperwork to insurance companies on, say, a Friday at 4:00 so by the time the guys come in on Monday the are buried and they have to quickly respond,” Ryan explained. “The criminals know this and they use it to their advantage.”

She suggested some fraudsters are attempting to claim income replacement benefits.

“A lot of the time the jobs don’t exist,” Ryan said. “Everybody is in on the scheme.”

“If somebody has staged an accident and police and fire and ambulance are over there dealing with a collision that did not really occur and there are not legitimate injuries, when there is a legitimate accident happening somewhere on the 401, it is taking emergency personnel longer to get there.”

No need for ‘massive upfront investment’ to get data analytics to work: Insurance Analytics summit speaker