Despite a big increase in road injuries and fatalities following the switch to Daylight Savings Time (DST), 40% of Canadians are unaware of the risks on the road the day after DST begins, according to a new survey commissioned by RSA Canada and Gallagher in Canada.

The Canadian Centre for Occupational Health and Safety reports that when we put our clocks forward in the spring (effectively losing one hour of sleep), traffic accidents increase by a “whopping 23% the Monday following,” Occupational Safety Group Inc. (OSG) said on its website in March 2018.

“A 23% increase in traffic accidents definitely impacts commuters,” OSG said. “Workers who drive as part of their jobs are also at increased risk. This extends to more than those who drive motor vehicles. Lift truck and crane operators, truck drivers, and even pilots are all at increased risk.”

In line with the OSG findings, collision data collected by Manitoba Public Insurance in 2014 showed there was a 20% increase in collisions on Manitoba roads following the time change when compared to all other Mondays in 2014. A spokesperson for Saskatchewan Government Insurance (SGI) told Canadian Underwriter Friday that the public auto insurer has not conducted a study in the province on the impacts of DST. Saskatchewan is one province that has long observed DST year-round. 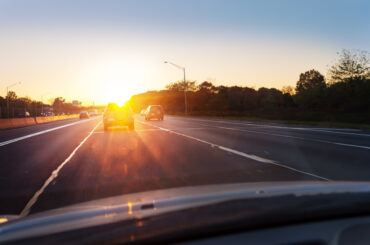 Despite the overall increased risk for Canadians, four in 10 of the 1,503 Canadians polled last month were unaware of the risks on the road the day after DST begins, said the TruceTO survey. TruceTO is a road safety initiative from RSA Canada that Gallagher joined last year.

Forty percent of survey respondents think cancelling DST will help reduce road collisions in the spring. A spokesperson for RSA said that the insurer would “not be able to make this claim explicitly.”

Thirty-four percent of drivers polled reported giving themselves extra time to get where they need to go in the few days after DST begins. Fourteen percent said they changed their method of transportation in the few days following DST to reduce their risk on the roads.

There has been some discussion about ending DST in provinces and territories that observe the time change twice a year. Saskatchewan (with the exception of Lloydminster, which straddles the provincial border between Alberta and Saskatchewan) has long observed DST. Yukon switched over to all-year DST in November 2020. Some places in British Columbia, Ontario, Quebec and Nunavut’s Southampton Island also have one time throughout the year.