Auto personal accident loss ratio up for fourth year in a row in Canada: A.M. Best 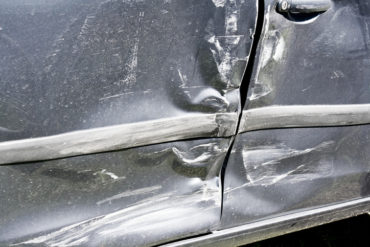 In 2016, ratings firm A.M. Best said in a report on the Canadian market that auto personal accident lines results “are of particular concern,” with the loss ratio rising in 2015 for the third consecutive year.

“This line remains a concern, given that the loss ratio has deteriorated each year since 2012,” said Oldwick, N.J.-based A.M. Best in the report, Canadian Property/Casualty and Life Remain Stable as Economy Rebounds, While Housing Market Bears Watching.

Auto lines are “susceptible to losses brought on by distracted driving as well as continually rising repair costs, which have negatively impacted frequency and severity loss trends in the auto lines,” A.M. Best noted.

The property and casualty insurance industry in Canada – including auto and property – had net premiums written of $41.1 billion in 2016, up 4.1% from $39.6 billion in 2015, A.M. Best reported, adding that premiums in auto grew 5.9% in 2016. In auto, A.M. Best does not include results from either Insurance Corporation of British Columbia or the Lloyd’s market.

“The Auto Personal Accident line grew, reversing a declining premium trend in recent prior years that was driven by auto reforms and associated rate decreases implemented by The Automobile Insurance Rate Stabilization Act, the effects of which continue to evolve,” A.M. Best said in this years report, referring to an Ontario law passed in 2013. That year, Ontario’s ruling Liberals aimed to establish an “industry-wide target reduction” by 15% of the “average of the authorized rates that may be charged by insurers” for private passenger auto, with a two-year target.

“Approved rates decreased on average 1.38% when applied across the total market for the 2016 calendar year,” A.M. Best reported. “This puts the average decrease since August 2013 at about 8.3%, or a little over halfway to the government’s goal.”

The Financial Services Commission of Ontario reported in July that for filings reviewed between April 1 and June 30, 2017, “approved rates increased on average by 0.76% when applied across the total market.” This was based on FSCO’s approval of rates for 22 insurers representing 54.9% of the market. In Ontario, insurers must submit proposed rate changes, along with actuarial data, to FSCO for approval.

“FSCO and its actuaries review this data and insurers’ assumptions regarding claims costs, expenses and investment income to ensure that, as required by law,” reports FSCO, which must review the rates to ensure that they are not excessive but will also not impair an insurer’s solvency.

The Ontario government has “sought to reduce fraud in the system by focusing on billing from health clinics and explored cost-cutting opportunities, including provincial oversight of the towing industry (as well as looking into irregularities in the collision repair industry), while requiring insurers to provide discounts for safe driving, as applicable,” A.M. Best said in its 2017 special report on the Canadian market.

With Bill 15 – passed into law in 2014 – Ontario reduced, from 60 to 15, the number of days that a vehicle can be stored after an accident without giving notice to the owner and others. Also with Bill 15, tow and storage providers in Ontario now must publish their rates, accept credit card payments and provide itemized invoices before receiving payment.