A set of changes to auto accident benefits coverage is a “perfect example” of an opportunity for brokers to contact their clients and review insurance needs, the president-elect of the Insurance Brokers Association of Ontario suggested at the organization’s recent annual convention. 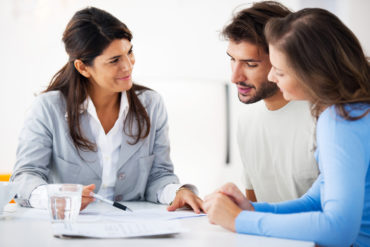 “Don’t forget every human being desires personal contact,” said Brian Purcell, who takes over in 2018 from Traci Boland as IBAO president. “A perfect example here is auto reform in 2010 and 2016,” Purcell added Oct. 26 during his incoming president’s address on the final day of the IBAO Convention in Ottawa.

Until 2010, the Statutory Accident Benefits Schedule (SABS) required Ontario private passenger vehicle owners to purchase first-party accident benefits providing $100,000 in medical and rehabilitation benefits and $72,000 for attendant care. The mandatory minimum coverage for both medical and rehab and for attendant care was reduced by 50% in 2010. That does not apply for catastrophic impairment.

“How many brokers looked at that as an unwelcome increase in workload and took the easy way out just to fire off an extra piece of paper in a renewal envelope?” Purcell asked brokers at the IBAO Convention. “How many others took that as an opportunity to make personal contact with their client, review personal situations and uncover greater needs?”

Purcell – who by day is part owner of James Purcell Insurance Broker Ltd. in Spencerville – told IBAO members that although brokers needs to invest in technology, they should use technology to “work smarter and be more efficient” and not to “use it to work less for your client.”

In 2010, before the reforms took effect, insurers lost a total of about $1.7 billion on Ontario auto, Insurance Bureau of Canada reported earlier.

Among the 2010 changes were a new $3,500 cap on injuries falling under the Minor Injury Guideline (MIG), which could include a “sprain, strain, whiplash associated disorder, contusion, abrasion, laceration or subluxation and any clinically associated sequelae.”

In 2013, Ontario’s ruling Liberals had a minority government. The New Democratic Party agreed to vote in favour of the 2013-14 budget in exchange for the Liberals committing to a 15% rate reduction. In August, 2013, the Ontario Automobile Insurance Rate Stabilization Act was amended to establish an “industry-wide target reduction” by 15%, by 2015.

The Liberals were returned to power in 2014 with a majority after an election triggered by the refusal of the opposition parties to support the 2014-15 budget.

In its 2015-16 budget document, the government announced additional changes to auto accident benefits, that took effect for accidents occurring on or after June 1, 2016.

Until 2016, SABS provided, for catastrophic impairment, coverage of up to $1 million for medical and rehabilitation coverage as well as a separate $1-million limit for attendant care. Now the mandatory accident benefits coverage has one $1 million limit for both attendant care and for medical and rehabilitation. Vehicle owners can buy optional additional coverage.

This year’s IBAO convention took place at the Shaw Centre, on the east side of the Rideau Canal near the Parliament Buildings. During this year’s BIP Talks, held Oct. 25, IBC president and CEO Don Forgeron took the stage with David Marshall, a special advisor to Ontario Finance Minister Charles Sousa. Marshall was commissioned by the finance ministry to review the Ontario auto insurance system. His report, with 35 recommendations, was released April 11.

Marshall, former CEO of the Workplace Safety Insurance Board, told IBAO members Oct. 25 that he recommended in his report that the private sector continue to write auto accident benefits insurance in Ontario.

Marshall noted in his report released in April that the province has moved to establish the new Financial Services Regulatory Authority. That authority, Marshall recommended in the report, should have authority to provide diagnoses and future treatment plans where existing programs of care don’t apply or don’t work. Marshall recommends that insurers should be required “to provide the treatments prescribed in the programs of care or those that are stipulated by the independent examination centre without dispute.”

With that recommendation, his aim is for the regulator to “resolve these constant disputes” in accident benefits “so that things get done efficiently,” Marshall told IBAO Convention attendees Oct. 25.

“That way you don’t have to bring it inside the government,” Marshall said. “You have less dispute but you can also hope that competition and innovation of the private sector can in fact make Ontario’s system better than any of the others that exist today.”