Fasten your seatbelts, everyone, because the rate of auto reform is going to resemble a low-speed chase through a turbulent market cycle.

Even if auto reform packages were to be introduced in every single legislative assembly across the land today, it would take up to two years to reap the benefits, Insurance Bureau of Canada president and CEO Don Forgeron observed in a phone interview last week. 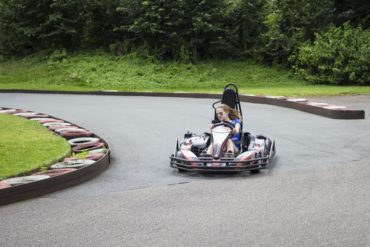 Canadian Underwriter asked Forgeron for a progress report on auto insurance reforms. He noted there were many reasons to be optimistic, particularly around current negotiations with the Ontario and Alberta governments. But it will take time, he cautioned.

“Once legislative reforms are brought in, there is still a 12- to 24-month cycle before all the benefits are seen by consumers,” Forgeron said. “But we are certainly headed in the right direction. We are close.”

Canadian and foreign private passenger auto insurers could use some good news these days. Those regulated by the Office of the Superintendent of Financial Institutions (OSFI) reported a claims ratio of 86.8% in the private auto segment in 2019 Q1. (Of the net premiums earned of $3.1 billion, the industry incurred $2.7 billion in auto claims.) That’s an even higher claims ratio than during the same period last year, when the claims ratio was 84%.

IBC has been negotiating with governments for some time on the auto insurance file. Especially in the country’s largest private auto marketplaces, things appear to be taking shape, Forgeron observed.

“The conversations we are having in Ontario and Alberta are heading to some sort of reform package,” Forgeron said, although he didn’t want to speculate about a specific timeline. “I can’t tell you if that’s next month, or the end of the year, or even next year.”

In Ontario, Premier Doug Ford’s government announced in its 2019 budget a series of new measures designed to “put drivers first.” Among other things, the proposals include:

The proposals represent “the most expansive commitment made on auto in the recent budget that we’ve ever seen,” said Forgeron. “We are having excellent discussions with a premier who is focused on getting costs out of the system and wanting to deliver a better consumer experience. So that’s very encouraging here.”

What does IBC think of the new regulator thus far?

“The new regulator is a real ray of light,” Forgeron said. “Certainly what they have been saying is exceptionally positive, about wanting to have a more competitive and sustainable industry with fewer restrictions; as well as their talk about their commitment to changing the rate regulations. The process is a breath of fresh air. Something… the industry has been calling for 20 years.”

Forgeron said he is similarly encouraged by negotiations with the government in Alberta, home to Canada’s second-largest private passenger auto market. Alberta Premier Jason Kenney’s United Conservative Party took over after the provincial election in April 2019.

“In Alberta, we have a new government there that is very focused on getting costs out of the system, on reducing red tape, on opening up Alberta for business, which is opening it up to insurers as well,” he said. “It’s not a very desirable place to do business at the moment. They know that.”

However, until any concrete results happen, “there will be no declaring of victory,” Forgeron says. “But certainly we are seeing a lot more positives that should lead to the kind of changes that everybody wants. Not just for the industry, but for consumers as well.”