Road trauma in Australia and New Zealand could be significantly reduced by the adoption of rapidly developing technologies that change the way drivers use vehicles, new research has found. 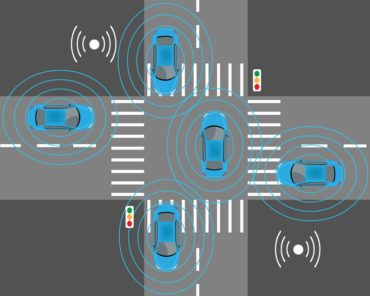 The report, titled Safety Benefits of Cooperative ITS and Automated Driving, investigated the benefits of key Cooperative Intelligent Transport Systems (C-ITS) and automated driving applications. It was released on Tuesday and completed by the Monash University Research Centre (MUARC) and funded by Austroads, an organization of Australasian road transport and traffic agencies.

The report draws on an in-depth examination of data to understand whether real-world serious injury crashes in Australia and New Zealand could have been prevented if technologies such as forward collision warning, curve speed warning, intersection movement assist, right turn assist, lane keeping assist and auto emergency braking were fitted in all light passenger vehicles, Austroads chief executive Nick Koukoulas said in a press release.

The study also estimated the potential annual savings to serious injuries Australia and New Zealand-wide. Noting that road trauma is one of the highest ranking public health issues in both countries, each year crashes result in the death of almost 1,300 people and 35,500 hospitalizations in Australia, the release said. In New Zealand, 319 people were killed and 12,270 injured in 2015.

MUARC senior research fellow David Logan, a lead member of the study, noted significant benefits projected on the basis of the vehicle safety applications being introduced in all light passenger vehicles. “The full adoption among the light passenger vehicle fleet of a selection of key automated driving and connected vehicle safety applications has the potential to prevent between 4,100 and 6,500 fatal and serious injury crashes in Australia and 310 to 485 fatal and serious injury crashes in New Zealand each year,” he suggested.

C-ITS applications were found to have the potential to significantly reduce road crashes and injury consequences. The technology uses wireless communications to alert drivers, intervene in dangerous situations, reduce traffic congestion and increase system efficiency, the report explained. According to the report, the full adoption of C-ITS could reduce 35-50% of adjacent direction crashes at intersections by warning drivers when there is a high risk of colliding with another vehicle. Another substantial benefit of C-ITS was the ability to warn drivers of a potential collision with an oncoming vehicle. This application was projected to reduce opposing direction crashes by up to 40%, the report said.

Automated driving applications showed similarly beneficial projections in reducing road trauma, decreasing the studied crash types by up to 50%. These applications take over one or more aspects of vehicle control without driver intervention and can be found in many currently available vehicles.

The researchers believe it could take 25 years for the automated driving and C-ITS applications to fully penetrate the on-road fleet.

“Given the potential significant road trauma benefits, this report underlines the need to continue to invest in supporting physical and digital infrastructure, policy and trials to further understand what our future needs will be,” Koukoulas said.

Austroads’ member agencies are currently involved in a range of trials to further explore these issues,” Koukoulas concluded.