Autonomous vehicles are coming, but there is no need for property and casualty insurers to panic that their auto books are going to quickly disappear, Andrew Lo, president and chief operating officer of Kanetix Ltd., said Thursday at the Canadian Insurance Accountants Association (CIAA) Tech IT Forward event in downtown Toronto. 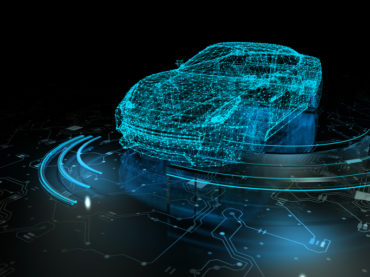 “If you feel a threat because your whole automotive p&c book is going away, it’s not going away any time soon,” Lo noted during the CIAA event, sponsored by Deloitte Canada.

Though most car makers are – or have promised – to build autonomous vehicles, “there’s a few very significant pieces of technology that need to be invented,” he said.

Plenty of work remains to be done on artificial intelligence and HD mapping (real-time high-definition mapping for self-driving cars so they can navigate unusual circumstance), Lo pointed out.

Related: Global market for autonomous, assistive safety and comfort vehicle features up to US$26 billion annually by 2025: Bain & Company

“Then you need the ubiquitous vehicle-to-vehicle communication, because when you’re driving at a hundred kilometres an hour, and a driver has to take over because the car can’t figure out what to do next,” systems must be in place.

Twenty or 30 seconds may be needed for everything to reorient to ensure vehicles in front alert others to a problem ahead and all vehicles have time to slow down.

Related: Drivers can take up to nearly 26 seconds to resume control from autonomous cars: UK study

Duncan Stewart, director technology, media and telecommunications research for Deloitte Canada, agreed that Level 5 autonomous (capable of navigating roads without any driver input) vehicles are not right around the corner.

There are different estimates as to when Level 5 vehicles will available, Stewart said during his presentation. Some say this may be as much as 30 year away, he said.

“Full self-driving cars, which have all kinds of implications for insurance, are a long way off,” Stewart suggested. These autonomous vehicles “will eliminate road accidents, which is going to be a fantastic thing and I can’t wait. But that’s a little ways off.”

What is coming soon, though, is automatic emergency braking (AEB). This will matter since a clear relationship exists between speed at time of accident and death rate, Stewart pointed out.

While waiting for Level 5 autonomous vehicles to arrive, “a $500 technology (AEB) means that you will still have accidents, but at lower speeds, which has a lot of implications on deaths, injuries, vehicle damage, all that kind of stuff,” Stewart explained.

Despite autonomous vehicles taking some time to hit the road, Lo said p&c insurers with an auto book would be well-advised to prepare for the change.

Companies like Tesla are looking to frictionless customer experiences with their self-driving vehicles, he reported. In Asia, for example, the company is working with an insurer to provide some insurance when purchased, Lo said.

Tesla, he suggested, is “trying to relieve friction by going to an insurance company.”

In addition, a combination of current influences – say, self-driving cars and the sharing economy – could have “downstream impact on the structure on the industry,” Ahuja suggested to attendees.

For example, sharing economy plus self-driving cars could translate to fewer cars being owned and only consumed on a usage basis, he said. “You, all of a sudden, have a whole lot fewer personal insurance or personal auto policies and, in fact, might see some element of growth in commercial ownership of policies,” Ahuja pointed out.

Although this provocation has not yet come to pass, he said, it provides food for thought.

“If you think about self-driving cars and proliferation of sharing economy and more usage-based or episodic insurance, as people own cars less and drive them less – only use them when they need them – you may not see that standard personal insurance policy anymore,” he suggested.

“You may see a bundling of these policies that are underwritten by commercial entities. And so what does that mean in terms of the size and shape of your personal auto book in respect to your commercial auto book?” he asked.

Once autonomous vehicles are available, there is an associated concern, Stewart told those in attendance. “When you have something that almost never breaks, almost never fails, almost never goes wrong, human beings are actually really bad. We get really lazy, bored and inattentive,” he said.