Trusting science to help address climate change, and rebuilding more resilient communities after natural catastrophes are uppermost in the mind of Aviva Canada’s leader these days.

“Scientists can tell us more than ever before about catastrophic storms, including precisely when they will hit; exactly what wind speeds they will deliver and for how long; how much water will fall; and where flooding is most likely to occur,” Aviva Canada CEO Jason Storah told Canadian Underwriter.  “Science can save lives. Scientific data can help insurers protect people, their homes and their businesses.”

Canadian Underwriter spoke to Storah in advance of his keynote address next week at the virtual conference, The Future of Insurance Canada, which takes place on Nov. 3-4.

Entitled “Aviva Case Study,” the talk will examine the importance of trusting the people who prepare the scientific data — and using that data — to build more resilient communities. 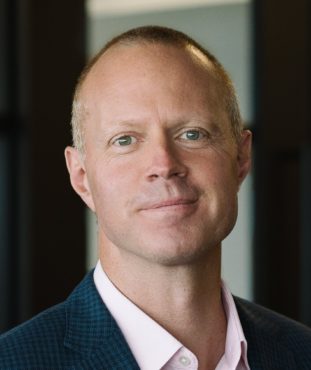 Another area of focus for Storah is how the insurance industry should be thinking long-term about helping Canadians when it comes to rebuilding after natural catastrophes.

He points out that Fort McMurray went through the worst wildfire in Canadian history four years ago. A primary focus for Aviva in the aftermath was not only getting their customers’ lives back to normal, but also examining ways to rebuild that would better protect residents and their property from future fires and floods.

But while the community has rebuilt, the structures are not necessarily more resilient than they were before, Storah contends.

“A study by KPMG reported that Fort Mac has not rebuilt in a way that would best protect the city’s residents from future fires,” Storah told Canadian Underwriter. “In fact, the city completely failed to follow its own forest management and emergency preparedness guidelines in advance of the fire.”

Storah said the main goal of his speech is to remind the industry that science is critical when it comes to protecting everyone against catastrophic storms.

“As insurers, we take science and we turn it into risk models that are more broadly understood on an everyday basis,” he said. “We need to get better at explaining the risks, educating our customers about actions that they can take. We have an obligation to do everything we can to protect each other and prevent the kind of losses that rebuilding sometimes just can’t replace.”