Aviva Canada has announced a 15% auto insurance discount for drivers of vehicles that have automatic emergency braking (AEB). 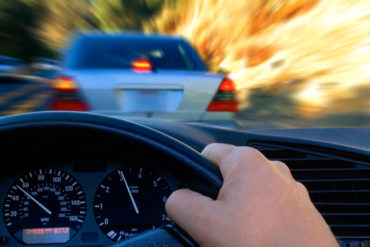 The insurer said in a press release on Monday that the “industry first” discount will be available to all Aviva‐insured drivers and will be applied to their policy automatically upon purchase or renewal. The discount will not apply to coverage for damages incurred while not driving, such as theft or vandalism, and in general, the possibility of damages not reduced by an emergency braking system.

AEB is a road vehicle safety system that uses sensors to detect possible front‐end collisions. The system automatically applies the brakes to prevent, or lessen the damage of, such impacts, Aviva Canada said in the release.

In March of 2016, the U.S. Department of Transportation’ National Highway Traffic Safety Administration (NHTSA) and the Insurance Institute for Highway Safety announced a “historic commitment” of 20 automakers, representing more than 99% of the auto market in the United States, to make AEB a standard feature on virtually all new cars no later than NHTSA’s 2022 reporting year, which begins Sept. 1, 2022.

Some major manufacturers like Toyota are stepping up to the plate even sooner, the release noted. In October, the company became the first non‐luxury brand to start making these systems standard equipment on most of their models. Toyota’s complete package of enhanced safety features, called “Toyota Safety Sense,” includes several active safety technologies designed to enhance driver capabilities and control in a variety of situations. Specifically, these technologies help mitigate collisions, help drivers stay in their lanes, and help improve night-time safety.

“We applaud Aviva Canada for being the first Canadian auto insurer to reward drivers for adopting advanced safety features like AEB,” said Stephen Beatty, vice president of Toyota Canada Inc., in the statement. “We feel that everybody deserves to benefit from advanced safety technologies and have already started including them on most models.”

Aviva Canada consumers interested in learning more about the discount and when it will be available for them can visit http://bit.ly/2fu0mzC or contact their broker.