For the eighth consecutive year, Aviva Canada has put a call out to organizations looking to make a positive difference with this year’s launch of the $1 million Aviva Community Fund. 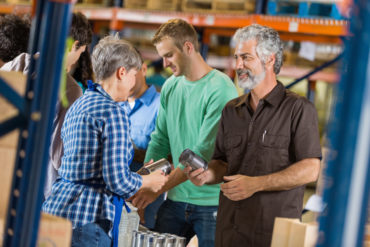 As part of the fund, the insurer will again donate $1 million toward efforts designed to create positive change in communities across the country, notes a statement Tuesday from Aviva Canada, one of the country’s largest property and casualty insurers, providing home, automobile, leisure/lifestyle and business insurance to more than 3 million customers.

The competition opens Sept. 19, voting begins Oct. 11 and the finalists will be revealed Nov. 7, Aviva Canada reports. Winners will be announced Dec. 6.

Tuesday’s launch of ACF’s website launches will allow people to register for campaign updates, download the “Idea Submission Guide,” and connect with the fund through social media.

Over the past seven years, Aviva Canada has invested in charitable community initiatives across the country, providing about $6.5 million in funding to date to more than 220 ideas.

Recipients in 2015, for example, included Asphalt to Oasis – the Greening of the St. Anthony yard (Ottawa, Ont.), which received $100,000 to replace old asphalt with a water permeable, child-friendly surface that allows rainwater to drain into the soil rather than pollute the rivers through the sewer system; Hard-up in the Hazeltons (Hazelton, B.C.), which received $100,000 for a new outdoor arena that offers hockey, figure skating, school and public programming to an economically challenged community; and Hope Begins With A Meal #SoulsHarbour (Halifax, N.S.), which received phase two funding for expanded hours of operation, fully accessible washrooms and more.

Aviva Canada has also released a video, the first of eight, that showcases how the insurer has created positive change in communities from coast to coast.