Aviva Canada and Pembridge Insurance have become the latest insurance companies to offer personal coverage for ridesharing drivers in Alberta. 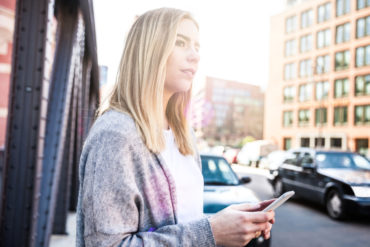 On Tuesday, the government of Alberta announced a new insurance policy for transportation network companies (TNCs) licensed in the province. The new policy, called Alberta Standard Automobile Form – Transportation Network S.P.F. No. 9 (SPF 9), is now available for TNCs, such as Uber, and has been approved by Alberta’s Superintendent of Insurance, the provincial government said in a press release.

Aviva Canada said in a statement on Thursday that following the announcement, it is “excited to expand its independent ridesharing coverage product offering to Alberta drivers who carry paying passengers in their vehicles.” Available to Alberta drivers as of Aug. 1, the ridesharing coverage is an add-on to an Aviva customer’s existing personal auto policy, Aviva Canada said in the statement. Ridesharing drivers will be protected from the moment they begin looking for passenger through to collecting and dropping off those passengers. Eligibility for coverage will be based on some simple underwriting criteria, such as a maximum of eight passenger, licensed for at least six years, no other commercial use, etc.

The coverage is available for drivers that spend up to 20 hours a week participating in ridesharing. The cost for additional coverage will “equate to a small portion of the income earned by the driver, calculated using factors such as time spent ridesharing, area driven and driving record,” Aviva said.

“With ridesharing on the rise, consumers in Alberta now have new options available to them,” said Greg Somerville, president and CEO of Aviva Canada, in the statement. “Following the footsteps of our Ontario rideshare solution, we’re thrilled to address a market need in Alberta with a simple and affordable solution. Our insurance coverage will provide drivers and passengers with absolute peace of mind while ridesharing.”

Aviva Canada reported that it is currently reviewing SPF 9 and is “considering an insurance solution under the personal automobile policy that will bridge the SPF 9 gap (the period when drivers are available to accept a ride and are waiting to be connected with a passenger).”

On the same day that Aviva Canada announced its coverage option, Pembridge Insurance also launched its solution for Alberta drivers who provide ride-for-hire services through TNCs. Effective July 1, coverage will be available for these drivers through Pembridge in the form of an endorsement that extends coverage under the standard personal automobile policy to vehicles that are used as transportation network automobiles, Pembridge said in a media release.

The solution offered by Pembridge responds to this increasing demand and addresses coverage shortfalls for these drivers that previously existed between private passenger auto insurance and commercial insurance policies, Pembridge said in the release. The company’s endorsement provides “protection, including physical damage coverage, for the period when the driver has logged onto a transportation network (app) and is waiting to be matched with a prospective paying passenger.”

Tisdale said that when determining what product Pembridge would offer, its objectives were simple: It needed to be easy-to-understand coverage for consumers, easily administered by brokers and it needed to be affordable. “I believe our solution precisely addresses coverage gaps for TNC drivers and provides a simple and reasonably priced alternative for this growing venture,” he said.

Earlier this week, Intact Financial Corporation (IFC) reported that it would be providing the coverage to Uber, effective July 1. “Every ridesharing driver operating on the Uber platform in Alberta will automatically be covered under this new ridesharing policy provided by Intact Insurance Company, a subsidiary of IFC, and purchased by Uber from the instant a ride is accepted until the passengers have exited the vehicle,” Intact said in a press release on Wednesday.

Intact Insurance and belairdirect will provide Uber driver-partners with personal lines coverage when they are waiting for a ride request. “This coverage structure also provides an opportunity for the insurance industry to develop personal lines coverage options for the period during which drivers are available to accept a ride, but have yet to do so,” added Karim Hirji, IFC’s senior vice president of international and ventures.

IFC reported that the company and Uber “continue to work with regulators in Ontario and Quebec to provide similar products in the coming months.”