Canada’s second-largest insurer has issued a loud and clear warning about the pervasiveness of auto insurance fraud. 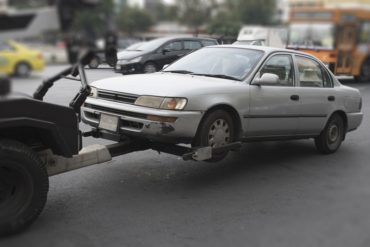 “The system is more broken than it was in 2012,” Gordon Rasbach, vice president of fraud management at Aviva Canada, said Monday in an interview. That’s when a task force commissioned by the province released 38 recommendations to combat auto insurance fraud.

Rasbach made his remark in an interview about the results of the company’s recent undercover investigation of the towing and auto repair industries.

Over the course of a year, Aviva Canada placed damaged cars equipped with hidden cameras at various locations in the Toronto area. Posing as motorists, Aviva investigators asked for help from tow truck operators and collision repair centres.

Aviva initially intended to stage 12 fake collisions in order to see what happens when the motorist seeks help. The insurer stopped after 10 because nine came back with fraud. For example, tow truck operators billed the insurer for vehicles that were actually driven to the garages by the car owners or drivers, while collision repair centres deliberately caused additional damage to the vehicle to inflate the charge. In some cases, the insurer was billed for new parts when in fact the parts installed were used.

In November, 2012 the Ontario Automobile Insurance Anti-Fraud Task Force Steering Committee released its final report. Among its 38 recommendations was for a change to the Repair and Storage Liens Act to reduce unreasonable storage costs for vehicles damaged in a collision.

The provincial government’s responses included Bill 15, the Fighting Fraud and Reducing Automobile Insurance Rates Act, passed into law in 2014. Among other things, Bill 15 requires tow and storage providers to publish their rates, accept credit card payments, and provide itemized invoices before receiving payment. It also reduced the time period – previously at 60 days – that a storage firm could hold a vehicle and accumulate storage charges without giving notice to the vehicle owner, and still be able to claim a lien for the storage costs.

Aviva said Monday the province needs to go further. Aviva is pushing for a complete ban on referral fees, such as fees paid by collision repair centres to tow truck operators.

In its secret investigation, Aviva installed hidden cameras because it wanted “full audio and video coverage of the chain of events,” Rasbach said Monday. The insurer had yet to officially report the results to the police but plans to do so, he added. Aviva also plans to sue the alleged perpetrators to recover the costs of doing the investigation.

The Ontario government should require insurers to share details of fraud with other insurers, Rasbach said Monday.

In December 2017, the Ontario government promised to set up a Serious Fraud Office, which will include a team of investigators and prosecutors working on “complex” and “large-scale” fraud cases, including those related to auto insurance.

“In theory and in design, it’s the right step,” Rasbach told Canadian Underwriter earlier of the SFO. “What that translates to in practice remains to be seen.”