Aviva Canada is putting through an average rate increase of 5% in personal home and auto lines after reporting a combined operating ratio of 102% in its 2017 year-end results. 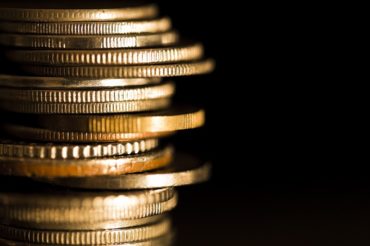 Aviva Canada’s net written premium increased by 15% in 2017 due to a full-year contribution from RBC General Insurance, which Aviva acquired in July 2016 for $582 million. Despite that, the operating profit of Aviva Canada fell from £269 million in 2016 [about Cdn$481 million, using current exchange rates] to $78 million in 2017.

“These are disappointing results, below what is acceptable for a business of this size and potential,” Aviva Canada’s chief financial officer, Colin Simpson, said in a statement. “Our performance reflects auto insurance claims increases in both frequency and severity, catastrophe weather events, and the impact of large losses in commercial insurance.

“Difficult market trends also developed during the year, primarily with regard to personal auto in regulated markets where our pricing did not keep up with claims inflation.”

Jason Storah, Aviva Canada’s executive vice president of broker distribution, told Canadian Underwriter that claims inflation amounted to 2.9% in 2017. He said the loss trend has actually increased recently, moving up to about 3.3%.

“So, over the last year or so, we haven’t kept up with that in terms of the rate that we have in the overall book,” he said. “We’ve certainly spent a great deal of time looking at where we can increase our rates, where it is appropriate, and we’ve got about 5% increases going through at the moment. That would be a blended average.”

That average number “varies by region and line of business, but in terms of a headline number, 5% is what we’ve put though our book so far,” Storah said. “We will be looking at where we need to get more rate as well in the future.”

Escalating repair costs, distracted driving and elevated claims costs associated with auto fraud are primary factors for losses on the auto side of the book.

On the homeowners’ side, there were no major natural catastrophes last year on the order of the 2016 Fort McMurray wildfire (for which the industry paid a total of about $3.8 billion in claims) or a 2013 Calgary flood ($1.9 billion in claims).

Nevertheless, the Canadian property and casualty insurance industry as a whole paid about $1.3 billion in claims related to natural catastrophes in 2017, despite the fact that the year had no major headline events. “Those big events are what capture the attention, but what we saw last year was a number of small catastrophes — really intense rainstorms or hail,” Storah said, noting that Aviva dealt with 15 catastrophes in 2017.

“They are events that, in some instances, are over in a matter of minutes or hours. But the amount of damage they do in a small, acute space of time is quite significant. We saw a number of floods in Toronto, in the GTA, that in the space of a few hours, they came and disappeared, and they resulted in significant losses.”