Aviva Canada said earlier this week that is urging the Government of Quebec to maintain the 20% ownership limit of insurance brokerages by insurers in order to “reduce the potential for any conflict of interest and to enhance consumer confidence in the insurance industry.” 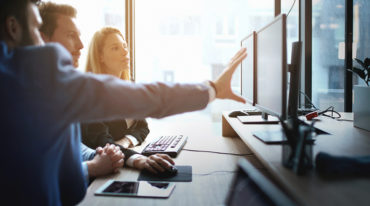 The 20% rule has enabled Quebec to create a robust and competitive insurance marketplace that offers widespread consumer choice and protection, Aviva Canada said in a press release. Aviva maintains that a change to this rule would certainly reduce the number of insurers, impact the variety of products made available to consumers in Quebec and unduly increase premiums.

The insurer’s response to the Quebec consultation on rules limiting insurer ownership of insurance brokerages recommended the following three-point plan to ensure consumers in Quebec are protected and treated fairly:

“It is the responsibility of the Quebec government and the insurance industry to work together to ensure consumers are protected and treated fairly,” Martin-Eric Tremblay, senior vice president of Aviva’s Quebec region, said in the release. “The 20% ownership limit provision enables the Quebec government to achieve these objectives without hindering a robust and competitive insurance marketplace that offers widespread consumer choice and protection.”

Tremblay added that the insurer is “calling for laws and rules which maintain the 20% ownership limit as well as promoting fairness, transparency and confidence in the marketplace. A change to this rule could reduce the number of insurers, impact the variety of products made available to consumers in Quebec and unduly increase premiums.”

Tremblay noted that there seems to be a lack of consensus within the industry to maintain the 20% property limit, as well as the distinction between brokers and agents in order to ensure transparency in terms of customer service. “For the benefit of consumers, the distinction between brokers and agents must be clarified, respected by all and enforced by the appropriate authority,” he said.

The Quebec government’s finance department ran a public consultation regarding the rule that limits the ownership of insurance brokers to 20%, from April 18 – June 23. Consumers, industry and other stakeholders were invited to comment.