Aviva Canada said on Friday that it welcomes the new omnibus Bill 150 tabled by Quebec’s finance minister, which “provides clarity on the distinction between agents and independent brokers” and will help to ensure consumers in Quebec are protected and treated fairly. 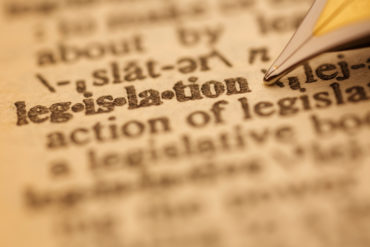 “Aviva has been vocal about its position in favour of the 20% broker ownership limit because independent brokers are vital to the insurance industry,” Aviva Canada said in a press release. “Aviva has always believed that it is important to appropriately regulate the differences between agents and independent brokers.”

In late June, the insurer urged the Government of Quebec to maintain the 20% ownership limit or brokerages by insurers in order to “reduce the potential for any conflict of interest and to enhance consumer confidence in the insurance industry.” According to a statement from Aviva at the time, the 20% rule has enabled Quebec to create a robust and competitive insurance marketplace that offers widespread consumer choice and protection. A change in the rule, Aviva argued, would certainly reduce the number of insurers, impact the variety of products and unduly increase premiums.

Bill 150 amends or enacts a number of provisions mainly related to the budget speeches of March 17-28, 2017. According to the bill, “the Act respecting the distribution of financial products and services is amended to specify that damage insurance brokers must offer clients products from at least four insurers by insurance proposal; to require damage insurance firms to be registered as agencies or brokerage firms; to prohibit registration as a brokerage firm if a financial institution or financial group or a legal person affiliated with them has a significant interest in the firm’s decisions or equity capital, and to specify the terms according to which a brokerage firm no longer able to comply with those obligations must change its registration to registration as an agency.”

The Quebec government’s finance department ran a public consultation regarding the 20% rule from April 18 to June 23 of this year. Consumers, industry and other stakeholders were invited to comment.