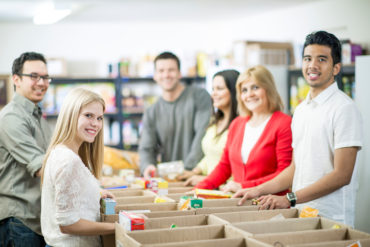 The 13 grand prize winners will share $1 million in funding from ACF and will also have access to a number of free services from CanadaHelps.org – a partnership announced earlier this year to increase the impact of Aviva Canada’s charitable funding. The grand prize winners were chosen from among 30 finalists, 450 ideas for positive change and a record-breaking three million votes, Aviva Canada said in a press release.

“It’s been another amazing year with the Aviva Community Fund,” said Debora Hendrickson, Aviva Canada’s senior vice president, customer and marketing. “We’re continually inspired by the commitment and engagement in communities across Canada, demonstrated by this year’s record-breaking submissions and votes. A big congratulations to this year’s ACF winners and kudos to all the finalists. We are so proud to be able to bring our donation total to over $7.5 million over the past eight years.”

The remaining 17 finalists – named below – received $5,000, donations that will be made on behalf of the finalists to a charity of their choice.

Aviva Canada provides home, automobile, leisure/lifestyle and business insurance to more than three million customers. A wholly-owned subsidiary of United Kingdom-based Aviva plc, the company has more than 4,000 employees. The insurer invests in positive change through the ACF, Canada’s longest running online community funding competition. Since its inception in 2009, the ACF has awarded $7.5 million to more than 250 charities and community groups nationwide.