Aviva Canada has opened up its online funding competition, the Aviva Community Fund, for its ninth year. 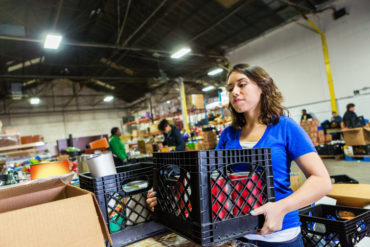 Canadians with ideas for positive change in their community can submit them by Oct. 2 for a chance to win over $1 million in funding, Aviva Canada said in a press release on Wednesday.

“We recognize that the charitable sector is evolving,” said Debora Hendrickson, senior vice president, customer & marketing with Aviva Canada. “Emerging new players are redefining the definition of charitable giving and philanthropy. We are adapting to these changes and have expanded eligibility beyond registered charities this year to also include social enterprises, registered B corporations and nonprofits,” she said.

Also new to this year’s competition is the introduction of Community Legacy – a category in honour of Canada’s 150th anniversary. Community Legacy encourages seasoned or aspiring social entrepreneurs aged 18 to 25 to submit an original solution that tackles the consequences of climate change. The $150,000 prize for the category is in addition to the share of $1 million from ACF, Aviva noted in the release.

In addition to the Community Legacy category, there are three other ACF categories: Community Resilience, Community Health and Community Development. There are also two funding levels: small ideas for under $50,000 and large ideas for $50,000 to $100,000.

Idea submission closes on Oct. 2 and voting begins on Oct. 10. Finalists will be revealed on Nov. 1, with winners announced on Dec. 5.

The release added that ACF has extended its funding period from one year to two years, allowing ideas that require implementation over a two-year period to apply.

P&C insurer Aviva Canada provides home, auto, leisure/lifestyle and business insurance to 2.9 million customers. A wholly-owned subsidiary of United Kingdom-based Aviva plc, the company has more than 4,000 employees. ACF has awarded $7.5 million to over 250 charities and community groups nationwide since its inception in 2009.