Aviva just embedded earthquake coverage into B.C. home policies. Quebec could be next.

Aviva Canada is embedding earthquake coverage in all of its homeowner and tenant insurance policies in British Columbia, coverage that is typically offered as an endorsement.

The insurer is also conducting a needs analysis to determine if it will introduce the new coverage in Quebec, where the penetration of earthquake insurance is estimated to be only 3-4%. 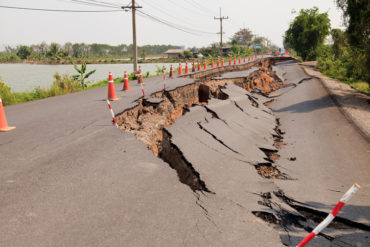 “We’re meeting with experts in the region and our business development team to determine,  even though interest is growing in Quebec, if the time is right now to be introducing the inclusion or to bring it in at a later date,” Aviva’s senior product manager of personal insurance, Chris Fowler, told Canadian Underwriter in an interview Thursday. “Part of it is incumbent on us to make Quebec aware that the risk is almost as strong as it is out there [in B.C.].”

About 19 out of 20 Quebec homeowners are not insured for earthquake, Edouard Schmid, group chief underwriting officer for Swiss Re said during the 33rd annual Swiss Re breakfast meeting in Toronto Tuesday. Only 3 per cent to 4 per cent of homeowners near Quebec City have earthquake coverage.

Calling it an “industry first,” Aviva said its coverage will be offered at no additional cost to new customers or current Aviva customers upon renewal. Fowler explained that in its base rates, Aviva created an earthquake peril – similar to a fire, theft or water peril – and loaded in some premium into that. He said that the insurer tried to make the “premium impact as small as humanly possible,” estimating a 1% premium adjustment in the base rate.

Aviva’s new offering for house, condominium, rented and manufactured homes will include earthquake coverage as part of their policy, but also offer “optional enhancements.”

How would fire following an earthquake be handled under the new policy? The Insurance Bureau of Canada notes that earthquake insurance as an endorsement covers the loss or damage caused to property and contents caused by the shaking of the earth and is typically subject to a higher deductible. “If the shaking of the earth results in a fire (caused by a broken gas main), only the resulting loss or damage from the fire would likely be covered under an ordinary home insurance policy,” IBC said.

The offering for house, condominium, rented and manufactured homes will include:

Research shows there is a one in four chance of a major earthquake in British Columbia within the next 50 years. However, a B.C. homeowner study conducted by Aviva found that while 75% of respondents believed that an earthquake was likely to occur in their lifetime, only 60% of homeowners in the province believe their policy would provide financial support in the event of an earthquake.

“We’ve had customers and brokers telling us repeatedly that they want a simplified, easy-to-understand earthquake option for them,” Fowler said.

1 Comment » for Aviva just embedded earthquake coverage into B.C. home policies. Quebec could be next.