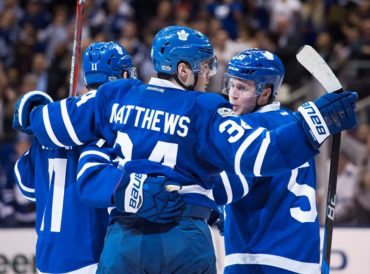 In a partnership with Maple Leaf Sports and Entertainment, Aviva Agency Services Inc. will offer and administer home and auto insurance online. The insurance will be underwritten by S&Y Insurance Company, a subsidiary of Aviva Canada.

The offering is “direct and digital – with live chat assistance,” an Aviva spokesperson said Thursday.

The insurance will be “offered in the teams’ respective marketing territories,” Aviva Canada stated of the Maple Leafs and Raptors.

MLSE is not an insurance agent, Aviva noted.