Aviva plc reports 9.5% increase in rejected claims due to fraud

United Kingdom insurer Aviva plc has reported a 9.5% increase in the number of fraudulent claims it declined in 2016, “fuelled by increases in fraud detection across motor bodily injury, household and liability claims.” 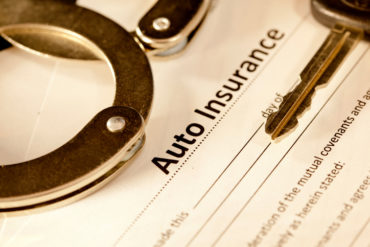 Aviva said in a press release on Monday that it detected 85 million pounds of insurance fraud last year, totalling 232,000 pounds worth of bogus claims every day.

According to the insurer, bodily injury frauds such as exaggerated or bogus whiplash claims continued to account for the majority of fraud identified, both by volume and value of claims. Bodily injury fraud accounts for 59% of the total fraud Aviva detects, the release said, adding that this number grew by 4.8% in 2016. The insurer is also currently investigating more than 16,000 “suspicious” bodily injury claims and declined 1-in-10 whiplash claims for “proven or suspected fraud” in 2016.

Organized fraud accounts for much of the new injury fraud Aviva detects, the release said, noting that in 2016, it declined claims worth over 25 million pounds “linked to fraud rings.” Aviva is currently investigating more than 3,000 suspect whiplash claims linked to organized fraud.

In addition, Aviva reported 154 fraudulent whiplash claims last year that were “struck out” due findings of “fundamental dishonesty.” When the court finds a claimant to be fundamentally dishonest, it not only allows the judge to throw out the entirety of a claim, but it also means the claimant has to pay all of the costs of the action, Aviva explained. The insurer also secured 29 successful criminal prosecutions for fraud in 2016, resulting in 29 years’ prison sentences.

For household claims, Aviva said in the release that fraudulent claims grew by more than 30% over 2015, while the value of these claims grew by more than 50%, “as fraudsters submitted bogus claims for more expensive household items.” According to the insurer, a growing trend in household claims involves “serial claimants,” who make multiple claims, often for the same item, by purchasing dozens of home insurance policies using different aliases. “Although these scams used to be rare, Aviva now detects more than six scams every month,” the release said.

The most common fraudulent household claims were for accidental damage, theft and accidental loss. The average value of a fraudulent household claim was 1,315 pounds, with values ranging from as little as 25 pounds up to 83,560 pounds. “However, the large number of relatively low value claims indicates that fraudsters believe insurers won’t scrutinize low-value fraud,” Aviva suggested.

Liability claims – made against an employers’ liability or public liability policy – also featured strongly in Aviva’s fraud figures and have the second highest frequency of fraud after whiplash, the insurer reported. Aviva challenged and declined 6% of claims for fraud in 2016 and has over 1,000 suspect liability claims under investigation.

“As our figures show, the fight against fraud continues relentlessly,” said Tom Gardiner, head of fraud at Aviva, in the release. “But there is some good news: our investment in detecting fraud across all lines of business is seeing some very good results: we are prosecuting more cases, and by moving the fight against fraud to the front door we are stopping fraudsters from accessing our products in the first place.”

Looking specifically at bodily injury fraud data, Gardiner said “it is clear that there continues to be an urgent need for fundamental reform of how minor personal injuries are compensated. The growing number of these scams is putting pressure on premiums. And, in the case of crash for cash, innocent motorists are put at risk and scarce public resources are diverted away from real need.”

Aviva provides life insurance, general insurance, health insurance and asset management to 33 million customers. It reports that it serves “one in every four households” in the U.K., with “strong businesses in selected markets in Europe, Asia and Canada.” Aviva’s asset management business, Aviva Investors, provides services to both Aviva and external clients and currently manages over 340 billion pounds in assets. Total group assets under management are 450 billion pounds.