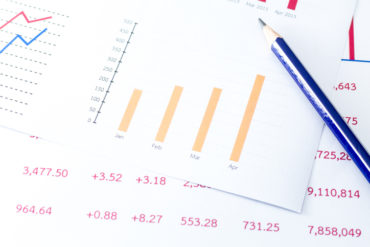 In Canada, the general insurance operating profit was 71 million pounds compared to 88 million pounds in the first half of 2016. “This was a disappointing result as continued adverse weather experience and unfavourable prior year development more than offset favourable foreign exchange movements, the benefit of a six month contribution from the [RBC General Insurance] business acquired on 1 July 2016 and improvement in the normalized accident year COR to 96.9% (HY16: 98.8%),” Aviva said in the statement. “The movement of prior year reserves reflects the absence in HY17 of the large releases that benefited the prior year (much of which were due to Ontario motor insurance) coupled with revisions in case estimates for a modest number of large claims.”

Canadian net written premiums (NWP) were up to 1.477 billion pounds in H1 2017 compared to 1.049 billion pounds in the first half of 2016, a 25% increase in local currency mainly as a result of the RBC General Insurance acquisition.

Aviva’s general insurance NWP were up 11% in constant currency to 4.688 billion pounds in the first half of the year compared to 3.991 billion pounds in H1 2016, with value of new business up 27% to 596 million pounds from 448 million pounds. “For the fourth year in a row we have grown operating profit, up 11%, reflecting positive performances across Aviva’s businesses worldwide,” Mark Wilson, Aviva’s Group CEO, said in the statement.

The increase in NWP reflected “a combination of underlying growth, the acquisition of RBC Insurance in Canada in July 2016 and foreign exchange benefits,” the statement said, adding that the general insurance underwriting result increased 50% to 244 million pounds from 163 million pounds in H1 2016 “as improved normalized accident year combined ratios across all regions and benign weather in the U.K. and Europe more than offset heightened catastrophe costs and modest levels of adverse prior year development in our Canadian business.”

“We have made a good start to 2017, delivering growth in operating profit and dividends, maintaining capital strength and reallocating capital towards our businesses with the greatest potential,” Wilson said in the statement. “As a group, Aviva is getting leaner and stronger and we are confident in our ability to sustain growth in the coming years.”

More News
Related
Combined ratio for Aviva plc for Canada up 3.9 points to 95.8% in first half of 2016
CNA Financial posts net income of US$343 million in 2016 Q3
CNA Property & Casualty Operations combined ratio at 95.9% for full-year 2016
RSA Canada posts solid underwriting profit despite nat-Cat events in 2016