Brokers have long expressed concerns about digital portals, from been kicked out as they near the end of a submission to the amount of time it takes to log into each insurer’s portal.

In Canadian Underwriter’s recently-released 2019 National Broker Survey, brokers were asked what insurers could do to provide the broker’s small business customers with additional value. 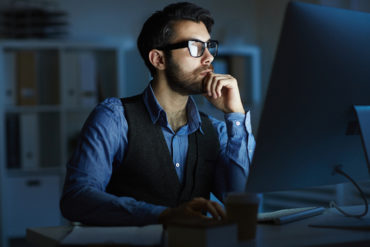 One broker suggested that carriers “digitally integrate with brokers so we can provide more online real-time services to these customers at a lower cost.” Another said brokers “can’t possibly spend the time utilizing each company’s digital portal” and even suggested carriers move away from company-specific portals. A third suggested brokers are caught in a loop: they have been forced to use portals, and it is very difficult to get in touch with an underwriter to discuss the account. When they do reach an underwriter, the underwriter tells them to submit a proposal electronically.

“A few years ago, we heard quite clearly what you’re describing,” said James Warburton, vice president of commercial insurance enablement at Aviva Canada, in an interview Wednesday. He was referring to things like getting disconnected and having to log into each company’s portal, and spoke with Canadian Underwriter during Small Business Week, which runs from Oct. 20-26.

During its research, Aviva conducted over 100 hours of interviews with brokers across the country, meeting with more than 50 different principals, producers and customer service representatives.

“They want to be trusted advisors, they want relationships with the underwriters and the customers, and they want us to make their lives easier so that they can spend their time focusing on [other relationships],” Warburton said of some of the themes that emerged. “We learned that small commercial isn’t simple. So, when we wrapped all of that together, we came up with our new experience which is called Ally, which we released earlier in the year.”

One component is Ally Digital Portal, which allows brokers to quote, bind and pay for a small business policy in “just a few minutes and in four easy steps,” the insurer reported.

“They can get a quote from us very quickly and then they’re able to download that submission document and send it to other carriers,” Warburton said. “It’s a really good solution to what they’re asking for, which is let me enter it once and then they can send it off to the other carriers and they’ve got an immediate choice.

“We believe we’ve addressed a lot of the areas that we heard that are important for brokers. Our portal, from what I understand, it’s a good experience.”

During the interviews, Aviva also heard about brokers that almost get to the end of a submission and then get booted out. Warburton said there’s two main ways to build a portal: 1) You can allow it to accept everything and then kick people out as they go through it or 2) You can be very clear and upfront about what fits, so the broker knows right away.

“We went with that second option,” Warburton said. “We’re seeing good traction, we’re seeing good uptake in it. From our point of view, it’s limited kickouts because we’re quite clear on what fits before you go into it.”

For example, the portal may not offer a business type unless the insurer knows there will be a quote at the end of it.

“We heard loud and clear from brokers that they want to work with us and how they want to work with us, so we should fit their process and we took that to heart,” Warburton said. “If they don’t want to use a portal, they don’t have to, they can send us the submission just as normal. It’s about the service proposition to our brokers to allow them to give education and give that choice back to the consumer.”