How to avoid the “broken arrow” approach to new technology

If you’re an insurance organization looking to adopt innovative new technology such as artificial intelligence, you’ll want to avoid the “broken arrow” approach to implementation.

In some instances, organizations may put the cart before the horse, with IT departments developing a new technology first, and then subsequently trying to bend organization’s existing processes to conform to the new tech solution. 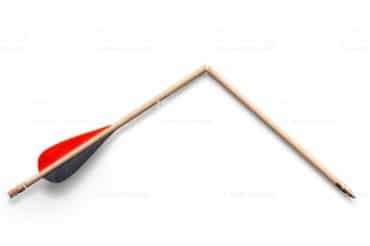 Ashan Siddiqi, director of IT and data strategy for Architecture X by 2, talked about successful enterprise AI implementations at the Insurance-Canada.ca Executive Forum. In describing the “broken arrow” approach, he gave a theoretical example of an organization developing a new tech solution for its insurance claims department.

As the questions fly, it may be discovered that the new technology doesn’t fit within the organization’s existing processes. Existing jobs may not be designed around the process required by the new technology, or claims employees may not have incentives to use it.

“Then you get bogged down in the process,” Siddiqi observed. “Usually this is not a successful way to start projects. Lack of involvement of the users [at the outset] can be fatal.”

Siddiqi said the ideas for tech innovation should originate with the people who will be using it. “People have to take ownership of the idea. They have to feel passionately about it. Maybe they will work overtime for it, and ask for budget for it. If you have that, then you have a strong foundation to start the project and the more likely you are to succeed. And then the rest follows.”

So, how to break the broken arrow process? Before talking about the technology, talk about the process, Siddiqi recommends. Talk about how people are going to use it; how will it be operationalized. This should be discussed during the whiteboard phase. Identify all the stakeholders and have a conversation with them.

And for big-ticket tech projects like AI, once the process is figured out, make sure your data supports the new technology solution. This should be done as quickly as possible, perhaps even while discussing process. “If you don’t have data, it’s better off not starting,” Siddiqi said.

Checking data means checking that it’s available, rich enough to be useful and that you have sufficient quantity of it. At that point, the project becomes a tech issue, and a new solution is created.