When the Insurance Corporation of British Columbia (ICBC) begins rolling out recently announced changes to its auto insurance rating model, brokers will be on the front lines explaining the changes to clients. And brokers say they need to know more about a few key items so that they can provide the best advice to their clients.

Among them is driver accountability, which was among the many proposed changes announced Thursday. All drivers will now have to be listed on the policy to more accurately reflect the risk. With all drivers listed, the majority of the policyholder’s premium (75%) would be based on the principal driver, with the remaining 25% reflecting the driver with the highest risk. 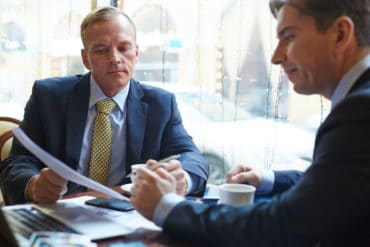 “Certainly, the identification and explanation of the additional drivers is going to be a conversation that the brokers are going to have to take lead on, on behalf of ICBC,” said Mike Dakin, compliance manager for InsureBC Group, a group of general insurance brokerages. “My understanding is that as part of the transaction, the customer is going to have to think about who else is going to drive that vehicle. That will all have to be collected in some sort of manner.”

Under the proposed changes, at-fault crashes would follow the driver, not the vehicle. For example, if a neighbour borrows the insured’s vehicle and causes a crash, the claim would be attached to the neighbour’s driving record, not the insured’s.

“That just makes sense, but the devil is in the details as it moves forward and gets implemented,” Dakin said in an interview Friday. A couple of these provisions have been on the books for a while, “and it’s finally come to a point where they are ready to introduce it,” he added.

Dakin told Canadian Underwriter that while clients will read about the changes and talk about them, “only at the time when they come into the office to renew will they really absorb it. And it will be brokers on the front lines who make sure that’s implemented smoothly.”

ICBC will also look at a consumer’s at-fault crashes over a 10 year-period, starting only as far back as Mar. 1, 2017. This date was picked to ease in the implementation of the 10-year period, which won’t be fully in place until Mar. 1, 2027.

“It’s almost as if people can just have a fresh slate,” Dakin said. “But again, that seems to be early announcements and early wordings. If people who have had many years of experience do not get credit for those many years of positive experience, I’ve got a feeling that that’s going to be sorted out and sanity will prevail.”

Another proposed change is a “low-kilometre discount,” meaning that vehicles that are driven less than 5,000 kilometres in a year would be eligible for a 10% discount. According to ICBC, consumers can provide their current odometer reading at their next annual renewal, starting on Aug. 23.

Although this change will have lesser impact, this is another one that brokers will have to figure out. “I don’t know what kind of verification process ICBC is going to look for,” Dakin said. “Hopefully it’ll just be the customer’s word and there’s no necessity for the broker to cite the odometer. I think that is not going to happen, that would be impractical.”

ICBC has said it will be providing more information related to discounts on Aug. 15.

Despite the uncertainty, Dakin is “quite optimistic” that brokers will be able to adapt to the changes. “The brokers in B.C. have a very strong track record of being able to manage change that is implemented by ICBC and we’ll do it again.”

More News
Related
No push from brokers to end B.C. government monopoly on auto insurance
‘Lots of people don’t like telematics,’ insurer reports
Where provincial drivers crashed an average of 960 times a day
Questions to ask clients who serve alcohol

1 Comment » for What B.C. brokers think of proposed changes to public insurance model