Two Canadian companies have entered into a global preferred service provider agreement that will bring “affordable and reliable” British Columbia-developed earthquake early warning system (EEWS) technology to countries with high seismic risk that currently do not have proven systems in place to protect lives in the event of a major earthquake. 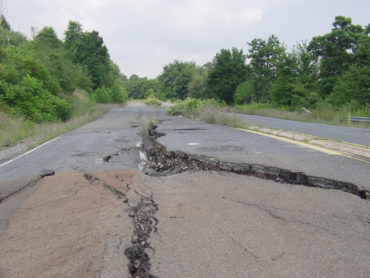 Vancouver-based Weir-Jones Engineering Ltd., and Mississauga, Ont.-based SGS Canada Inc. announced the agreement on Tuesday. The EEWS technology, known as ShakeAlarm, can provide up to a 90-second warning of a pending earthquake by determining magnitude before it hits, Weir-Jones Engineering explained in a press release.

Developed by Weir-Jones Engineering and operational at the George Massey Tunnel in Richmond, B.C. since 2009, the EEWS is designed to shut the tunnel down and allow traffic to clear to curtail any potential danger. “For more than seven years, this system has operated without any false alarms, a reliability level of better than 99.99999%,” Weir-Jones Engineering said in the release.

James MacFarlane, vice president of industrial services for SGS Canada Inc., said that the product “will save lives and we are going to move it forward internationally through our vast global network,” which includes more than 1,800 offices and laboratories around the world.

The release explained that there are two waves generated when an earthquake occurs. The first wave, the ‘P’ wave, is a very fast-moving, non-damaging compression wave and ShakeAlarm can provide the “on-site analysis of ‘P’ waves in less than 200 milliseconds,” MacFarlane said. The second wave is the ‘S,’ or shear, wave and it is the wave that is felt and does all the damage in a major earthquake. “The ShakeAlarm system proprietary technology developed by Weir-Jones measures the ‘P’ wave, analyzes it in a fraction of a second, and immediately sends out warnings of the coming ‘S,’ or shear wave.”

This signal will save lives, the release said. Depending on site, facility or population needs, the signal can trigger specific actions such as turning off gas lines and shutting off water and electrical utilities. If applied to emergency services, it gives first responders an early warning that can also be used to automatically open fire hall doors so firefighters can get their equipment out, turn on generators at hospitals and bring systems like B.C.’s SkyTrain and Canada Line to a controlled stop or to the nearest transit station.

Weir-Jones Engineering owner Iain Weir-Jones said in the release that “working together with SGS means that our technology expertise will be offered internationally. As partners, we will always work to improve on the system and to ensure its reliability and advancement.”

Weir-Jones Engineering has been providing custom data collection, analytical services and project management solutions to clients in the resource, civil construction, marine and defence industries since 1971. Based in Vancouver with a satellite office in Fort McMurray, Alta., Weir-Jones Engineering is able to provide complete system design, manufacture and commissioning services to meet each client’s specific needs, the release said.

SGS is an inspection, verification, testing and certification company. With more than 85,000 employees, SGS operates a network of over 1,800 offices and laboratories around the world. SGS Canada Inc. is part of this global network, operating in nine business lines with a team of 2,000 employees in 70 locations across the country.