The province of British Columbia has announced a $10.5 million investment in dike and pump upgrades to the Fraser Valley Regional District’s Nicomen Island diking system as part of more than $80 million in emergency preparedness funding announced on March 15. 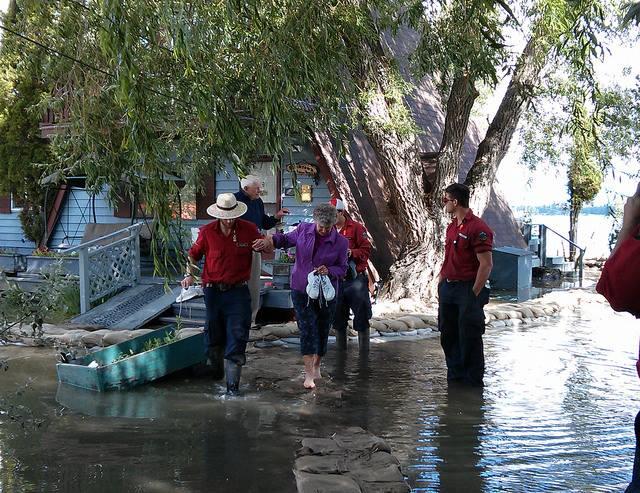 The $10.5 million investment was announced on Monday by Simon Gibson, MLA for Abbotsford-Mission, on behalf of Minister of State for Emergency Preparedness Naomi Yamamoto, the provincial Ministry of Transportation and Infrastructure noted in a press release.

The 35-kilometre system of dikes at Nicomen Island, located on the Fraser River northeast of Abbotsford, is in many areas “too steep or too low and could pose a hazard in a major flooding event,” the ministry said in the release. The Fraser Valley Regional District will use $6 million of this funding to widen the dikes to increase stability, and in turn protect agricultural lands and a Lakahahmen First Nation community. The remaining $4.5 million will be allocated to the existing pumping system infrastructure that supports these dikes. The pumping system upgrades will increase the functionality of the pumps to better cope with flooding, and will allow all pumps in the system to function concurrently, the ministry suggested.

The province’s March 15 announcement of over $80 million in funding was for flood protection and prevention, seismic safety, local government emergency preparedness, search and rescue and fire prevention. “The over $80 million in investments in community emergency preparedness will help us better withstand floods, fires, or earthquakes that could impact our province,” Yamamoto said in the release.

Bill Adams, the vice president, Western and Pacific, with the Insurance Bureau of Canada (IBC) said in the release that “IBC applauds this important funding announcement which will help municipalities across British Columbia better prepare for disasters. As a partner in emergency preparedness, IBC will continue to work with all stakeholders to make our cities and towns more resilient in the face of increasingly frequent and severe natural disasters.”

On Wednesday, the province said in a statement that it was investing $150,000 in flood protection support for the Village of Lumby. The funding will support Lumby’s flood and hazard mapping and allow the village to better plan for potential flood events in the future, as well as possible mitigation projects, the statement said.

In addition, as part of $2.13 million provided to the Fraser Basin Council (FBC), $1 million will benefit the region in supporting the FBC to conduct an inventory and engineering assessment of all orphan or unmanaged dikes in British Columbia. This assessment will evaluate the structural conditions of the dikes and determine the cost to upgrade the dikes to provincial standard and to acquire at-risk properties. Another goal of this project is to assess the flood risks local communities face from these unmanaged structures, the statement said.

Since 2008, the province has committed nearly $183 million toward flood mitigation projects in more than 200 communities in B.C.