British Columbia’s Minister of Energy and Mines has announced an investment of $40 million to encourage British Columbians to “make the switch to zero-emission vehicles, reduce greenhouse gas emissions and support investment in made-in-B.C. green technology.” 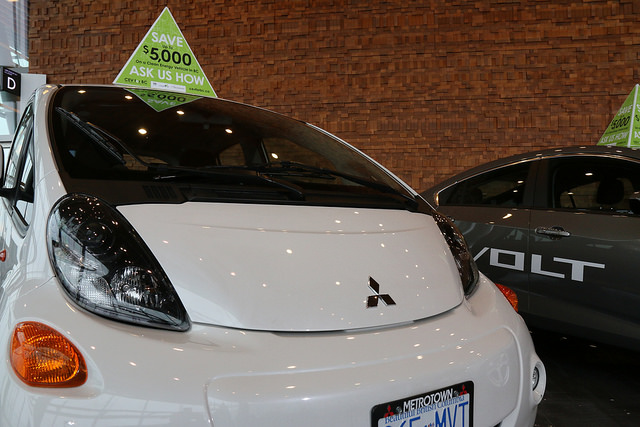 Bill Bennett announced the investment on Friday. The funding for the province’s Clean Energy Vehicle (CEV) Program will be distributed over the next three years to support continued point-of-sale purchase incentives of up to $5,000 for battery electric vehicles and $6,000 for hydrogen fuel cell electric vehicles, the Ministry of Energy and Mines said in a press release. The vehicle price cap established for the CEV Program in March 2016 remains in effect: vehicles priced above $77,000 are ineligible for purchase incentives. The vehicle incentives will continue to be administered and delivered by the New Car Dealers Association of British Columbia.

Programs funded within the $40 million amount are also under development to:

“Zero-emission vehicles are clean, quiet and reliable and help drivers reduce fuel and maintenance costs and tailpipe emissions, and are a growing economic sector in the province,” Bennett said in the release. “Additional funding of $40 million for the Clean Energy Vehicle Program will help make zero-emission vehicles more affordable for British Columbians and build out charging infrastructure at residences, businesses and along our roads and highways to make sure there are places to charge them up.”

Mary Polak, the provincial Minster of Environment, noted that “transportation accounts for nearly half of the emissions by the average B.C. family, and light-duty vehicles account for 14% of B.C.’s overall emissions. With 98% of our electricity in B.C coming from clean or renewable sources, encouraging people to buy or lease a zero-emission vehicle is one of best ways we can reduce greenhouse gas emissions and ensure British Columbia remains a climate action leader,” she said.

The Ministry of Energy and Mines noted that the funding provides more money per year to meet growing demand for rebates on vehicles and specialty-use vehicles, and supports the expansion of charging stations, hydrogen fuelling stations and the development of new research and training programs, fulfilling the province’s undertaking in the Climate Leadership Plan to expand the CEV Program to support new vehicle incentives and infrastructure, as well as education and economic development initiatives.

Funding for incentives of $500 toward the cost of bicycles, electric bicycles, electric scooters, carshare credits and transit passes when someone scraps an older vehicle will be distributed by SCRAP-IT BC, the ministry said, adding that incentives from SCRAP-IT BC for the purchase of a new electric vehicle have been increased from $3,250 to $6,000, and it is also now offering incentives of $3,000 for the purchase of a used electric vehicle.

The province introduced the CEV Program in 2011 and – including today’s announcement – has since committed more than $71 million for vehicle purchase incentives, charging and hydrogen fuelling infrastructure, vehicle fleet programs, public outreach and research and training.

The ministry reported that each electric vehicle on the road in B.C. displaces four tonnes of carbon dioxide emissions annually. In 2015, the ZEV sector encompassed 198 companies, employed approximately 3,850 full-time equivalents and contributed about $700 million in total direct economic activity.