The government of British Columbia announced on Wednesday that it will no longer insure the high-end luxury car rate class – cars worth $150,000 and over – “so that the broader ratepayer is not subsidizing these cars.” 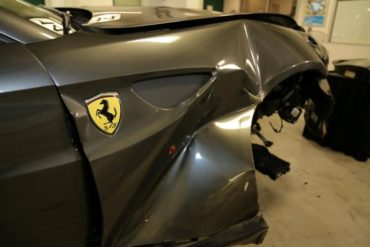 Due to rising costs of repair and increased pressures from high-end luxury cars on rates, BC is taking action to help ensure insurance rates remain affordable for families. ICBC (facebook.com)

The owners of these cars will have to go to private insurance instead, Minister of Transportation and Infrastructure Todd Stone said in a press release.

The high-end luxury car market is a growing market, with 3,000 cars insured this past year, a 30% increase compared to three years ago, the Ministry of Transportation and Infrastructure said in the release. “Government is acting now to address the rising costs to repair these cars and to eliminate any pressures they cause on basic rates,” the ministry said.

The government said it will work on the necessary legislative changes to have the Insurance Corporation of British Columbia (ICBC) no longer insure these vehicles. Drivers will still be required to carry a certain amount of coverage to protect themselves and other drivers, but it will not be provided through ICBC’s public insurance plan, the ministry clarified.

While this work is underway, government will immediately take steps so high-end luxury car owners will pay more than double for their basic insurance and ensure their premiums fully cover all costs of any repairs. These interim changes will be formally implemented as soon as possible, the ministry said.

“Right now, whether a person drives a $15,000 Honda Civic or a $300,000 Ferrari – their basic insurance premiums are similar,” Stone explained. “If owners of high-end luxury cars can afford a high-priced car, they certainly can afford to pay higher premiums to cover the real cost for their repairs. This policy needs to be fair for all British Columbian ratepayers, and we want to ensure that the regular everyday driver is not paying for the additional repair costs of these cars through their insurance rate.”

The average private passenger car in B.C. is worth approximately $15,000 – 10 times less than the growing number of luxury high-end cars on the road. When these more expensive cars get into a crash, it costs approximately six times more to fix them because they are rare, and they are built using high-end technologies and more expensive materials. However, until now, the owner has paid similar rates for their basic insurance. 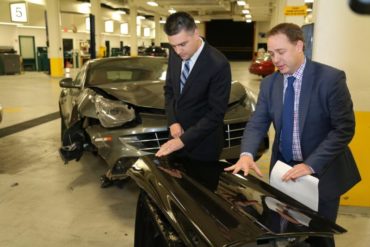 BC is moving forward to no longer insure the high-end luxury car rate class (cars worth $150,000 and over) so that the broader ratepayer is not subsidizing these cars. The owners of these cars will have to go to private insurance instead. Photo: Government of British Columbia flickr.

Last year, for example, the average repair cost for a high-value luxury car was approximately $13,000, compared to the average repair cost of approximately $2,500 for a typical private vehicle, the release said. For example, the cost for parts to repair the fender, grille, headlight and intercooler on a 2015 Bentley Flying Spur W12 was approximately $38,000 alone. While the cost to repair this car is substantially more than the everyday car, the basic insurance rates of about $1,000 per car are about the same.

The new rates will apply to private passenger cars only, and not commercial trucks, pick-up trucks, collector cars or limousines, the ministry reported. The new rule also will not apply to RVs.

This measure is in addition to several other measures the government and ICBC have already taken to help address rising cost pressures, including the following:

“This is one of a number of actions that government and ICBC will be rolling out over the coming weeks and months to continue to address cost pressures on rates,” the release said, but did not provide further details.

Media reports have suggested that basic insurance premiums for B.C. drivers could increase by as much as 42% over the next five years. But in a statement in response to an information request from the British Columbia Utilities Commission (BCUC), ICBC said that it “remains concerned about the publication of the purely hypothetical scenarios requested by the Commission and the potentially misleading impression they convey.”

“The request from the BCUC directed ICBC to assume that no efforts are being made by the corporation and government to expand on our current initiatives or to implement new initiatives designed to alleviate the pressures being put on insurance rates – this is far from the case,” the statement added. “Nor did the request consider any future improvements to the various rate mitigation initiatives already underway.”

ICBC concluded that “none of these speculative scenarios are a real forecast. ICBC’s 2016 rate application is asking for a 4.9 per cent increase to basic insurance rates and we remain committed to keeping rates as affordable as possible for our customers.”