VICTORIA – The British Columbia government has not effectively overseen the safety of the 1,900 dams it regulates, says the auditor general.

“So I’m trying to balance making sure that it’s clear to people that we’re not suggesting, you know, dams are unsafe,” Pickup told a news conference Tuesday.

“But at the same time we are suggesting, and indicating, that by concluding they’re not effectively running their program and doing what they said they would do, the risk has increased related to dam safety and public safety.”

The report said officers with the ministry found that new landowners sometimes didn’t know their property had a dam on it for a year or more after becoming the owners when they received a bill for the water licence. Dams are not on the land title, and smaller dams can look like a natural body of water, it added.

While the owners of the dams are responsible for their safety, the ministry has a mandate to see that they comply with provincial regulations, it said. 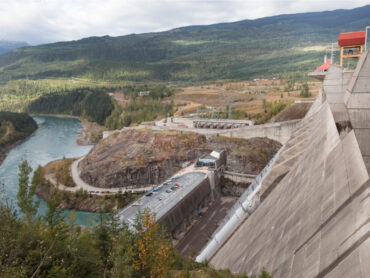 “Although the ministry makes information available to all dam owners and does outreach to owners of higher-consequence dams, officers often find that dam owners – especially owners of low-consequence dams – don’t fully understand their regulatory responsibilities,” said the report

“A reason for this lack of understanding is that safety training is voluntary. Anyone can own a dam if they buy land with a dam on it.”

Dams that hold back water offer significant benefits, such as electricity, irrigation, flood control, wildlife habitat and recreation, said the report. But dams must be properly maintained to minimize their risk of failing, it added.

Failures can be caused by a single catastrophic event, such as an earthquake, or, more often, by a series of factors or events, it said.

For about 1,000 of the 1,900 dams, it said a failure could kill people and damage the environment and property. The rest of the dams could end up damaging the owner’s property, the report said.

Since the early 1900s, there have been two recorded fatalities in B.C. from structural dam failures, one in 1912 and the other in 1948, it noted.

The auditor general also found that the ministry did not have a complete inventory of dams, and the information on the ones it regulates was not always complete or accurate because the database was introduced in 2010 and has expanded to include more material.

But officers with the ministry have not prioritized updating the database records as part of their already heavy workloads, the report said. They also feel the database doesn’t meet their workflow needs and is inefficient to use, it said.

Four out of 10 officers said there was a backlog in the average time between reports being submitted and the ministry accepting them, which was about 20 months, although some had taken eight years.

“The backlog was a result of officer workload,” it said.

“The officers told us their schedules rarely allowed for the uninterrupted stretch of time they needed to review these complex technical reports.”

The auditor general made nine recommendations, including improving processes to verify compliance, all of which have been accepted by the ministry. Pickup said the response from the government did not include details in terms of actions and a timeline but it did agree with all the recommendations.

– By Hina Alam in Vancouver.