The province of British Columbia announced on Monday its latest funding toward a flood mitigation project – $1.6 million for flood-protecting dikes in the City of North Vancouver and the District of North Vancouver that will help protect a business area and parkland. 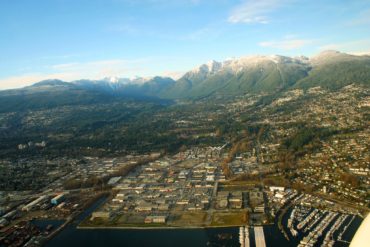 The funding, announced by the Ministry of Transportation and Infrastructure, is part of the public safety funding in the 2016 provincial budget. The $2.4-million project includes $334,666 from the City of North Vancouver and $474,461 from the District of North Vancouver. The combined funding will help the two local governments build a 1,200-metre-long flood protection dike on both sides of Mackay Creek between Marine Drive and First Street, the ministry said in a statement.

The area of the planned new dike has flooded three times in the past 32 years, the statement said.

The new dike, being built on both the east and west sides in a coordinated manner by the two local governments, will increase public safety and protect adjacent residential, commercial and light industrial lands, as well as public transportation corridors from flooding and its associated costs in lost business and property damage, the statement said.

Construction is expected to start in the summer of 2017.

In the 2016 budget, the B.C. government announced $65 million to help keep communities safe, including $15 million for public safety preparedness and $50 million for community hazard-mitigation projects, such as upgrades to dikes and flood protection.

Ralph Sultan, MLA for West Vancouver-Capilano, said in the statement that the province’s investment will help protect over $300 million of commercial properties and major transportation corridors from a major flooding event. There are commercial and light industrial properties, including Capilano Mall, as well as “important transportation routes” in the project area, the ministry noted.

“Anything we can do to identify risk and prepare for risk is a step in the right direction,” Naomi Yamamoto, B.C.’s Minister of State for Emergency Preparedness, said in the statement. “That’s why our government is investing in flood mitigation projects across the province. We are happy to work collaboratively with them to help limit risk our citizens could be exposed to in the unfortunate event a disaster strikes.”