Bank of Canada calls for global alignment on cryptocurrency policy

TORONTO – The Bank of Canada’s senior deputy governor is calling for authorities to work toward a coherent set of globally aligned policies governing cryptocurrencies.

Carolyn Wilkins told a University of Toronto conference on Thursday that such a strategy will need to cover risks in both cash and derivatives products, as well as the related ecosystems. 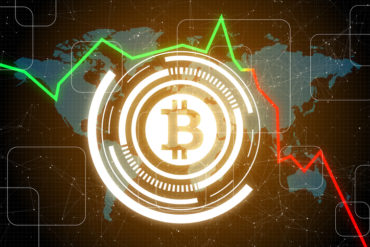 Wilkins referred to cryptocurrencies as “crypto assets,” rather than currencies because “they do not perform any of the key functions of money.”

“While activity might be too small right now to be systemic, at some point they could have implications for financial stability,” she told the audience at the Rotman School of Management.

“The crypto world is moving fast, and is largely unchecked.”

In a speech that was largely focused on lessons learned from the global financial crisis, Wilkins said that risk raises concerns about investor protection, market integrity and the use of crypto assets in illegal activities.

She also said during a question and answer session after her speech that it was important to have a strategy on crypto assets that is as consistent as possible across countries. The different forms of crypto assets, such as tokens, should be put on a “level playing field” with other ways of raising money, she added.

Her comments come after the central bank governor raised concerns earlier this year about cryptocurrencies, such as Bitcoin. Stephen Poloz in January said Bitcoin was more akin to gambling than investing.

If a digital currency would be to be widely adopted in the future, that would present major challenges for the central bank to execute monetary policy, she said.

“Whether we do it or someone else does it, at some point digital is going catch on,” she said.

“And the only way to understand it in my view is get in early on the ground level and work with the technology, and the entrepreneurs and the industry who are also working on it.”