OTTAWA – The Bank of Canada is expected to raise its key interest rate target for the first time in nearly seven years on Wednesday following signs the economy is well on the road to recovery after the crash in oil prices. 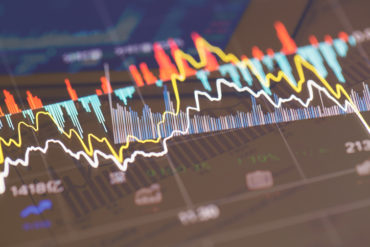 Low interest rates have helped fuel the housing market in recent years, incentivizing Canadians to pile on record levels of debt – something that the central bank has noted as a significant risk for the economy.

Rates for new fixed-rate mortgages have already started to rise in anticipation. A hike by the Bank of Canada will likely prompt the country’s big banks to raise their prime rates, a move that will increase the cost of loans such as variable rate mortgages and home equity lines of credit.

“Any additional comments for future increases will be the real trigger for more fixed rate increases following the announcement, rather than the rate change itself,” Laird said.

The potential rise in the cost of borrowing comes amid signs the housing market, a key economic driver in recent years, is adapting to government changes meant to cool the real estate sectors of Toronto and Vancouver.

Sales and prices have fallen in Toronto in the wake of new rules brought in by the Ontario government, including a tax on foreign buyers. Vancouver sales, where new measures including a similar tax were implemented last summer, also stalled in the months that followed, though there are signs the market may be rebounding.

Speculation about an interest rate hike comes amid a flurry of strong economic news this year, with housing starts figures for last month released Tuesday by Canada Mortgage and Housing Corp. amplifying that.

Scotiabank deputy chief economist Brett House said the difference between the actual and potential output of the economy is narrowing rapidly, so he expects the central bank will move now to keep inflation in check.

“We do believe that this is the beginning of a gradual hiking cycle from the Bank of Canada,” House said.

The Bank of Canada cut rates twice in 2015 in an effort to offset a dramatic drop in oil prices, bringing it to 0.5 per cent. Governor Stephen Poloz has said those measures appeared to have done their job.

While inflation remains well below the central bank’s target of two per cent, Poloz said in a recent interview with a German newspaper that if the central bank only watched and reacted to inflation, it would never reach its inflation target and it would always be two years behind in the reaction. He said he has to look at other indicators in the models that predict inflation.

Despite widespread expectations of a quarter-point hike – which would be the first since the rate was increased from 0.75 per cent to one per cent in September 2010 – those views aren’t unanimous.

In a research note, TD said it was a “very close call” but it expects the Bank of Canada to remain on hold for now because conditions in the economy were still largely consistent with its projections.

The C.D. Howe’s monetary policy council also recommends that the central bank not move its key rate. Six members of the group, which includes academic economists and those from the country’s big banks including TD, voted to keep the rate on hold, while five called for an increase to 0.75 per cent.

Nick Rowe, a Carleton University economics professor and member of the C.D. Howe council, said inflation remains below the Bank of Canada’s target even though other areas of the economy seem to be doing well.

“We simply haven’t seen the rise in inflation that you would have expected to have seen as the economy strengthens, plus there aren’t really much signs of expected inflation either,” said Rowe, who voted to keep the rate on hold.

In addition to the rate announcement Wednesday, the central bank will release its latest monetary policy report, which will include its updated outlook for the economy.