The Bank of Canada announced on Wednesday that it has raised its interest rate for the first time in seven years, to 0.75% from 0.5%. 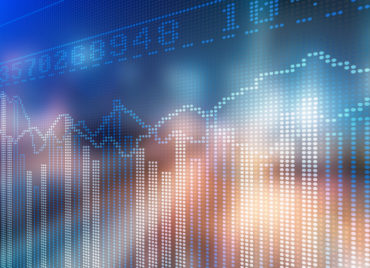 “Recent data have bolstered the Bank’s confidence in its outlook for above-potential growth and the absorption of excess capacity in the economy,” the Bank of Canada said in a press release. “The Bank acknowledges recent softness in inflation but judges this to be temporary. Recognizing the lag between monetary policy actions and future inflation, Governing Council considers it appropriate to raise its overnight rate target at this time.”

The central bank noted that the global economy continues to strengthen and growth is broadening across countries and regions. The economy in the United States was tepid in the first quarter of 2017, but is now growing at a solid pace, underpinned by a robust labour market and stronger investment. Above-potential growth is becoming more widespread in the euro area. However, elevated geopolitical uncertainty still clouds the global outlook, particularly for trade and investment. Meanwhile, world oil prices have softened as markets work toward a new supply/demand balance, the release said.

In Canada, the economy has been robust, fuelled by household spending. As a result, the Bank of Canada said, a “significant amount of economic slack” has been absorbed. “The very strong growth of the first quarter is expected to moderate over the balance of the year, but remain above potential,” the central bank said in the release. “Growth is broadening across industries and regions and therefore becoming more sustainable. As the adjustment to lower oil prices is largely complete, both the goods and services sectors are expanding. Household spending will likely remain solid in the months ahead, supported by rising employment and wages, but its pace is expected to slow over the projection horizon. At the same time, exports should make an increasing contribution to GDP growth.”

Business investment should also add to growth, a view supported by the bank’s most recent Business Outlook Survey. The bank estimates real GDP growth will moderate further over the projection horizon, from 2.8% in 2017 to 2% in 2018 and 1.6% in 2019. The output gap is now projected to close around the end of 2017, earlier than the bank anticipated in its April Monetary Policy Report (MPR).

Consumer price index inflation has eased in recent months and the bank’s three measures of core inflation all remain below 2%. The factors behind soft inflation appear to be mostly temporary, including heightened food price competition, electricity rebates in Ontario and changes in automobile pricing.

As the effects of these relative price movements fade and excess capacity is absorbed, the bank expects inflation to return to close to 2% by the middle of 2018. The bank will continue to analyze short-term inflation fluctuations to determine the extent to which it remains appropriate to look through them, the release said.

Bank of Canada Governing Council judges that the current outlook warrants today’s withdrawal of some of the monetary policy stimulus in the economy. Future adjustments to the target for the overnight rate will be guided by incoming data, as they inform the bank’s inflation outlook, keeping in mind continued uncertainty and financial system vulnerabilities.

The next scheduled date for announcing the overnight rate target is Sept. 6. The next full update of the bank’s outlook for the economy and inflation, including risks to the projection, will be published in the MPR on Oct. 25.

More News
Related
Bank of Canada maintains interest rate at 0.5%
Bank of Canada expected to raise its key rate for first time in nearly seven years
CIBC economist tells insurers how investment returns could be affected by ‘things that go Trump in the night’
Weaker inflation slows to 1.3%, could weigh on Bank of Canada’s rate decision