Battle rages over whether private or public auto insurance is cheaper

The Insurance Brokers Association of British Columbia (IBABC) disputes the conclusions published in a recent report that B.C. drivers are paying up to 42% more for their auto insurance than those in neighbouring Alberta.

Such an “apples-to-apples” comparison between jurisdictions – one with a public auto insurer, and the other with a private auto regime – can’t be made, the province’s broker association argued. 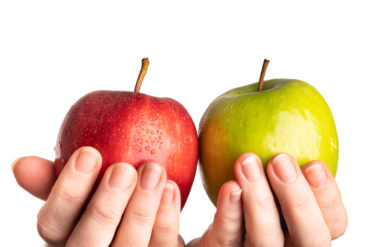 Commissioned by the Insurance Bureau of Canada (IBC), the report found that auto insurance in the two provinces is “substantially the same,” but the price that drivers are paying for insurance is “very different,” IBC said in a press release Tuesday.

IBC says the report’s conclusions make the case for opening up the auto insurance market in B.C. to private insurers. B.C.’s broker association, on the other hand, has sided with the public insurer in promoting the province’s public auto system. It’s part of an ongoing, increasingly heated debate over which system is better for B.C. drivers.

The report by accounting firm MNP, Comparison of Auto Insurance Rates in BC and Alberta, cites quotes – including online quotes – obtained through brokers in each province for 14 different drivers. It concluded that B.C. drivers are paying up to 42% more for their auto insurance than drivers in Alberta for similar coverage.

The report points to the following similarities in the public auto system in B.C. compared to the private model in Alberta:

IBABC countered in a press release Tuesday that no two provinces in Canada are alike in their driving exposure or auto insurance system; therefore, such an “apples-to-apples” comparison doesn’t exist. “The IBC-commissioned report reflects that disparity, while at the same time trying to still make the comparison,” the association said.

In particular, IBABC pointed to a table in the report that it claims to show “significant differences that reflect B.C.’s superior auto insurance product.” For example, accident benefits medical coverage in B.C. is up to $300,000, compared to up to $50,000 in Alberta; in B.C., claim forgiveness is provided after 20 years of driving experience (and accident-free for the last 10 years), whereas in Alberta it’s an optional feature available at an additional cost.

MNP’s study concluded that inexperienced drivers in B.C. are paying far more than inexperienced Alberta drivers for comparable coverage. For example, the report says, a new driver with two years of experience would pay ICBC $4,319 to insure their 2008 Honda Civic to go to and from school (less than 15 kms) – $828 more that the same driver would pay in Calgary. In another example, a 49-year-old small business owner in Surrey driving a 2014 Ford F-150 would pay $1,953 with ICBC, or $573 more than what the same person would pay in Calgary.

“Really what we are seeing here is more evidence of the price impact of ICBC’s monopoly,” Aaron Sutherland, the vice president of IBC’s Pacific region, told Canadian Underwriter in an interview Wednesday.

In response to MNP’s report, B.C.’s provincial government is arguing that private insurance will actually cost drivers more. “Insurance is still too expensive for people, but the Opposition’s solution to the problems they created at ICBC is to privatize it, and make people pay more,” a government spokesperson said, referring to the B.C. Liberal Party. The NDP’s current minority government in B.C., supported by the Green Party of British Columbia, has indicated they don’t want to break up ICBC’s monopoly. The opposition Liberals are open to bringing in private insurers.

“Just look at the other provinces where they have private insurance,” the government spokesperson said, referencing some private insurers in Alberta that need to raise rates by 30% (after the removal of the Alberta NDP rate cap of 5% on auto insurance). “Ontario has the highest insurance rates in the country, according to their own Minister of Finance.”

Sutherland countered that public auto systems are not immune to the need for auto rate increases. To illustrate the point, he noted ICBC’s old rate design did not price based on risk. “But as everyone has seen, in September, ICBC changed how they price insurance and as young drivers found out, they saw dramatic increases,” he said.

Because the ICBC reforms are still quite fresh, they have yet to produce current data, IBABC counter-argues. “Alberta has for years had a fractured auto insurance market where thousands of consumers have often been left scrambling to find coverage,” the brokers association said. “Its free-market system means that insurers are also free to leave if they don’t want to provide coverage to the consumers in that area.”

Sutherland defended the private auto system, saying it does indeed lead to choice in the marketplace. “The best way we can ensure drivers really are getting the best price for their auto insurance dollar is by giving them the ability to shop around to find savings,” he said. “If ICBC is as effective and efficient as they say they are, and if they really are the best game in town, why are they so worried about opening themselves up to competition and why don’t they prove it?”

One thing both public and private insurers can agree on is that insurance in both provinces is too expensive and in need of reform. In Alberta, the provincial government removed the rate cap on auto insurance and insurers have applied for – and received – rate increases averaging 10.5% (which are included in the quotes MNP used in their analysis). “What’s not included is ICBC’s next rate increase, which is going to be announced within the next two weeks,” Sutherland said. “That could mean that prices are going to jump up in B.C. even further.”