United Kingdom-based specialist insurer Beazley plans to expand the range of products available through its newly acquired Canadian operations with Monday’s announcement that it will offer television and film producers errors and omissions (E&O) coverage, as well as media liability coverage for a broad range of media companies. 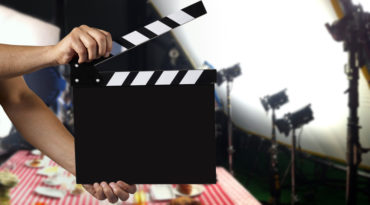 Beazley’s media liability coverages will be made available through local offices in Toronto, Montreal and Vancouver, locations now available as part of the company’s recent announcement that it had acquired of Canada-based Creechurch Underwriters.

Beazley’s media and entertainment team provides E&O coverage for TV, film, webisode and theatre production, notes a statement Monday from the company, which has operations in Europe, the United States, Canada, Latin America, Asia, the Middle East and Australia.

“The broad TV and film E&O coverage offers production companies protection against claims, including libel and slander, breach of confidentiality, intellectual property infringement and other risks through annual and multi-year policies of up to five years, with the ability to add named additional insureds,” the statement explains.

Noting that Beazley is delighted to expand the availability of specialist TV, film and media industries coverage to Canadian firms, “our experienced underwriters work with brokers and clients to develop the optimal coverage for each project to suit their specific needs,” says Angela Weaver, the company’s focus group leader for media.

“We are pleased to have Ana Bursack, an experienced media and entertainment underwriter, lead this initiative in Canada while on secondment from our London office,” Phil Baker, head of Beazley’s Canadian operations, notes, adding that the aforementioned launch is expected to be “the first of many new products we will be bringing to the Canadian market.”