Most of Ontario is under a severe weather warning Tuesday, once again threatening flood damage in a province where insurers have already paid approximately $800 million for natural catastrophe damages.

This cumulative total for the year in Ontario does not include claims totals for a flooding event earlier in the month, when a “pocket storm” drenched areas of Toronto with up to the same amount of rain in three hours as the city usually experiences in a month. Between 50 to 75 mm of rain poured down during a three-hour period in Toronto on Aug. 7, whereas the city’s average monthly precipitation in August is about 78 mm. 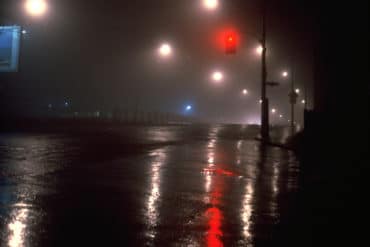 Insurance Bureau of Canada (IBC) doesn’t yet have claims figures for that storm, and already another severe storm is threatening significant precipitation in many areas of Ontario.

On Tuesday, Environment Canada called for between 20 mm and 50 mm in many areas of the province, prompting IBC to ask policyholders to check with their insurance providers to ensure flood coverage. IBC said it was too early to tell whether the heavy rainfall already reported in the morning would further inflate insurers’ claims counts.

The industry generally has been hit with a spate of bad weather in Ontario and Quebec this year. Ontario bore the brunt of two back-to-back weather catastrophes in April and May leading to a collective industry loss of roughly $600 million.

“In terms of the number of catastrophes that involve flooding in Ontario, the year of 2018 has seen a significant amount, and is currently tied with 2017 for the most within the CatIQ database, back to 2008,” Laura Twidle told Canadian Underwriter Tuesday. Twidle is the director of catastrophic loss analysis at Catastrophe Indices and Quantification Inc. (CatIQ).

Aviva Canada noted on Aug. 2 that elevated storm and natural catastrophe losses added 2.2 percentage points to the company’s overall combined operating ratio of 104.6 per cent in the first half of this year.

Heavy rains in the morning did not appear to have caused major flood damage, although the worst of the storms were projected for later in the afternoon and into the early evening.

“As of yet we have not seen an influx in claims,” reported Brent E Hackett, vice president of operations for the Ontario region at Crawford & Company (Canada) Inc. “We anticipate that they will trickle in overnight and tomorrow. We have desk and field adjusters as well as contract centre representatives on standby to assist as necessary.”

Environment Canada’s most recent weather warning Tuesday included severe thundershowers in Toronto, as well as heavy rain in cottage country. A special weather statement was issued for Ottawa, warning of thundershowers and between 20 to 40 mm of rain. In August, the average monthly rainfall in Ottawa is 88 mm.

In Central Ontario, Barrie, Orillia and Midland were forecast to receive between 30 mm and 50 mm of rain. This is about 40 to 60 per cent of the rainfall these areas generally get during the entire month of August. The same forecast was in place for the more northerly cottage country districts of Algonquin, Grey-Bruce and Haliburton.

“Heavy downpours can cause flash floods and water pooling on roads,” Environment Canada warned the province’s cottagers. “Localized flooding in low-lying areas is possible. Watch for possible washouts near rivers, creeks and culverts.”

In Toronto, which has already seen its share of flooding this month, conditions are favourable for the development of “dangerous thunderstorms that may be capable of producing strong wind gusts and torrential rain,” Environment Canada noted in in a special weather warning.

In Toronto, the single-day record in August for precipitation was 94 mm in August 15, 1905.