The merger agreement announced Sunday by Toronto-based Fairfax Financial Holdings Ltd. and Allied World Assurance Company Holdings AG will give Fairfax a “rather different profile” of insurance business than it currently owns, but it is not clear what percentage of Allied World Fairfax would own if third-party partners are brought in. 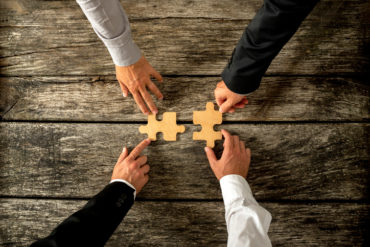 The merger agreement is valued at about US$4.9 billion.

Fairfax was founded in 1985 by chairman and CEO Prem Watsa. The merger agreement with Allied World has been unanimously approved by both firms’ boards of directors. It is subject to shareholder approval of Allied World, which is traded on the York Stock Exchange.

“We don’t know yet whether we will be seeking Fairfax shareholder approval,” Rivett added. “It will depend on the amount of equity that we issue, so that will be determined over the next 75 days.”

“There will be a go-shop provision articulated in the merger agreement that will come out tonight” said Scott Carmilani, president, CEO and Chairman of Allied World, during the call.

“On the [primary] insurance side we really see a rather different profile of business from Allied World than what we currently have in our Fairfax companies,” Andy Barnard, president and chief operating officer of the Fairfax Insurance Group, said during the call. “On that side especially we see it very much as additive to what we have presently.”

“Crum and Forster is very much a specialty company,” Barnard said. “Brit, one of the largest players in the Lloyd’s market, is predominantly (a primary) insurance company – 75% or so of its volume is in the insurance segment and 25% is in the reinsurance segment.

“Northbridge is a middle market industry focused commercial writer in Canada, one of the largest players in the Canadian commercial market,” Barnard noted during the conference call.

OdysseyRe and Allied World were ranked 26th and 41st on A.M. Best Company Inc.’s list of top 50 global reinsurance groups released in September, 2016. Those rankings were by life and non-life gross premiums written in 2015.

OdysseyRe does about 55% of its business in reinsurance and the other  45% in commercial specialty, Barnard said Monday.

“We don’t expect that there will be any problematic overlap,” Barnard said during the conference call. “Of course we are talking about very large companies now, and it stands to reason that on the margins there may be some, but the benefits of joining forces with Allied world far outweigh any of those issues on the margins.”

If the deal is approved, Allied World shareholders would receive a combination of Fairfax subordinate voting shares and cash equal to $US54 per Allied World Shares, which closed Friday at US$45.77.

“Fairfax has the option to replace on a dollar-for-dollar basis this portion of the stock consideration with cash in an amount up to $30.00 per Allied World Share, together with the dividend, for up to a total cash consideration of $40.00 per Allied World Share,” Fairfax said in a release Sunday. “Fairfax may elect to fund the $30.00 in cash by an equity or debt issuance or by bringing in third party partners.”

One analyst asked Watsa what percentage of Allied World Fairfax would own if third-party partners were brought in.

“That is difficult to say right now,” Watsa replied. “As we get further down in the process we will let you know.”

In 2015, Fairfax announced agreed to acquire 97% of ordinary shares of Brit. In June of that year, Fairfax sold 29.9% of Brit to the Ontario Municipal Employees Retirement System.

Carmilani will remain in charge of Allied World.

“We really do believe in a decentralized operation,” Watsa said during the conference call. “Scott is 52 and we are hoping he is there for the next 20 years.”