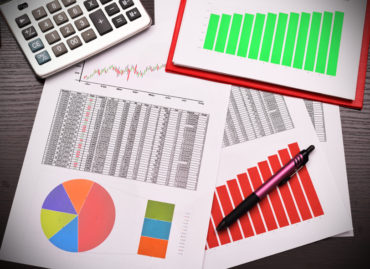 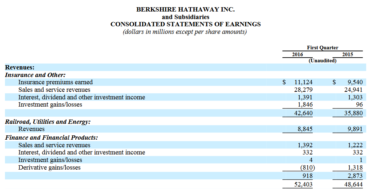 Net earnings attributable to Berkshire shareholders were US$5.589 billion in the first quarter of 2016, compared to US$5.164 in the prior-year quarter. Insurance float – the net liabilities Berkshire Hathaway assumes under insurance contracts – was approximately US$89 billion as of March 31.