Berkshire Hathaway Specialty Insurance (BHSI) announced on Tuesday that it has expanded into the transactional liability insurance market in Canada and the United States. 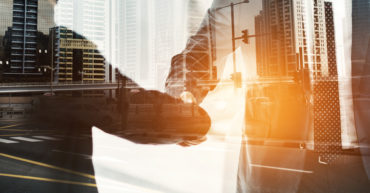 “BHSI has the key attributes that companies value in transactional insurance: expertise, financial strength, capacity and agility in analyzing risks and responding to the exposures of mergers and acquisitions and other corporate transactions,” said Dan Fortin, head of Executive and Professional Lines with BHSI. “We look forward to continuing to expand our market presence and our team, with Robert’s experience and leadership at the forefront.”

BHSI is underwriting Representations & Warranties insurance and other coverages for the risks and uncertainties in corporate transactions. Both primary and excess coverage is available. 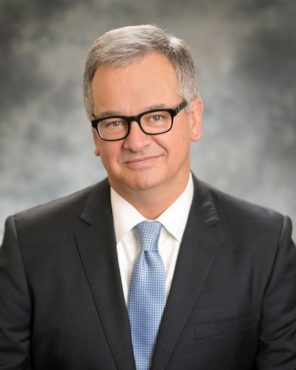 Underhill (pictured left) joins BHSI with over 15 years of experience in the financial and insurance industries, the company reported. He was most recently a partner at Locke Lord LLP, where he focused on insurance mergers and acquisitions, insurance-linked securities, reinsurance and other insurance transactional and regulatory matters. Underhill also held executive roles focused on insurance-related risks at Fortress Investment Group, Credit Suisse and American International Group. He holds bachelor’s and master’s degrees in business from the University of Texas at Austin and a law degree from New York University School of Law, the release said.

Crosby was most recently vice president and underwriting leader, transactional liability, at QBE Americas, Inc. Before that, he had over 10 years of experience as a mergers and acquisitions associate at several major law firms including, most recently, DLA Piper LLP. Crosby received his bachelor’s degree from Juniata College, Ph.D. from Washington University in St. Louis, and law degree from Yale Law School.

Bowman joined BHSI as counsel in the legal department in 2014, after serving in various legal roles at AIG for more than seven years. She began her career as a securities associate with Bressler, Amery, & Ross, P.C. She received her bachelor’s degree from Duke University and her law degree from the University of Notre Dame Law School.

Brooks was most recently an associate at Kramer Levin Naftalis & Frankel LLP, where he had over 10 years of corporate mergers and acquisitions experience. He received his bachelor’s degree from Skidmore College and his law degree from New York Law School.