A better way to transfer bad risks off the books

Insurers have plenty of data that they could potentially use to rate auto, yet are only allowed to use some of them, Baiju Devani, vice president of enterprise analytics at Aviva Canada, said Tuesday during the Insurance Analytics Canada Summit. He was commenting on auto insurance regulation in general. 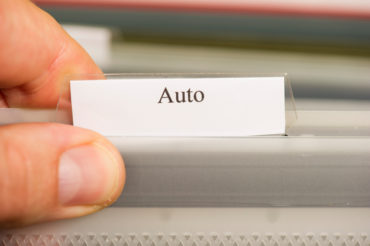 The Progressive Conservative party – which was returned to power in Ontario this past June – has not said whether it will give auto insurers more leeway in choosing rating factors.

Regulators in Canada and abroad are forcing carriers to use “sub-optimal models,” to price auto insurance Devani said. Insurers can offload this exposure by putting its worst risks in a pool formed with its competitors. Devani did not specifically mention Canada’s Facility Association, but in some provinces, auto insurers may transfer some risks to a risk sharing pool administered by the Facility Association.

“If you are able to do it better than all the other people in the pool then you are winning at the expense of someone else who might not be doing a great job at ceding those kinds of risks,” Devani said. “That’s a problem we are tackling through machine learning.”

Insurers are also pushing for electronic proof of auto insurance. This is permitted in Nova Scotia, but regulators in larger provinces are saying there are privacy concerns if police are looking at motorists’ smartphones.

“If you can influence the regulators and legislators in terms of how technology can help the customer, then we can effect change. We know that regulation stops us,” Barbara Bellissimo, senior vice president of Desjardins General Insurance Group, said during the summit.