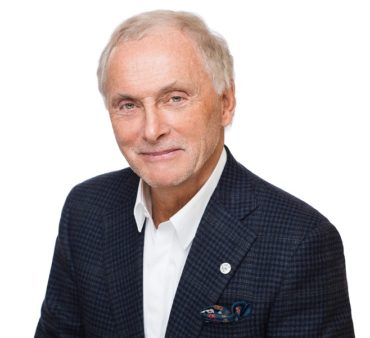 The investment will help BFL Canada, with a business of more than $1 billion in premium, implement its succession plan and execute its long-term growth strategy. The deal seemed a natural fit for the CDPQ, which holds $298.5 billion in net assets, as the pension fund manager has been a BFL Canada client for many years.

For Barry F. Lorenzetti, founder, president CEO of BFL Canada, the move sends a strong message to the Canadian property and casualty insurance industry that his privately-owned brokerage plans to stay true to its Canadian roots.

BFL Canada received overtures from U.S.-based investors, “but we resisted,” Lorenzetti told Canadian Underwriter Thursday. “We believe in our Canadian identity. We are not selling out.”

BFL was founded by Lorenzetti in Montreal in 1987 and now has 650 employees in 12 offices throughout the country. The brokerage said the transaction will help it expand into key regions of the country, including building up its existing operations in Toronto and Ontario.

Lorenzetti said BFL Canada would be seeking to acquire other brokerages in the future, saying the “right culture and the right fit” would be key factors in assessing potential deals. He was open to where in the country such acquisitions might happen.

Part of Fonds Relève CDPQ, the investment of the CDPQ will also make it possible for BFL Canada to implement a structured transition and succession program for itself over the coming three to five years. That said, Lorenzetti and the brokerage’s existing team of senior executives will continue in their positions to lead the company and have no plans to leave the business anytime soon.

“By acquiring a stake in BFL Canada, we hope to actively participate in the growth of a company that, through its innovative business model, has always stood out in its sector,” said Christian Dubé, executive vice president, Québec at la Caisse. “BFL Canada, under the leadership of Barry F. Lorenzetti, has enjoyed remarkable growth since its creation 30 years ago. This growth accelerated over the last 10 years, with the company now ranking among the leaders in its industry. This is an opportunity for us to do more than provide financing — we can also help the company with its succession plan.”