Big increase in U.K. start-ups, but insurance coverage lacking for many small businesses

A new survey out of the U.K. shows that self-employment is racing forward, but moves by small businesses to ensure they have insurance in place to address whatever risks may arise is lagging far behind. 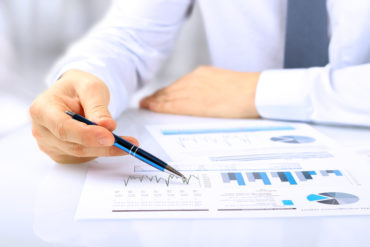 A wider spectrum of small businesses – defined as sole traders or those with fewer than nine employees – are facing claims than ever before, claims figures from AXA indicate. In fact, the number of claims pushing the million-pound mark on the rise for small firms, suggests a company website post Thursday.

Size certainly seems to matter in what is being described as a rise in the uninsured economy in the U.K. Just four in 10 of the 405 surveyed businesses that began operations in the last three years had insurance (of any kind) in place during that period, AXA reports.

The most common reason that percentage is not higher, it seems, is that respondents consider themselves “too small” or “too young” for risk and, in turn, potential claims.

“We see no evidence in our claims figures that this is the case: we regularly settle injury claims on behalf of microbusinesses that top the million-pound mark,” points out Gareth Howell, managing director of AXA.

Specifically, 72% of respondents without cover report their business was “too small” to need insurance and 25% had not considered coverage at all. For comparison, just 8% say insurance was too expensive and 3% had forgotten to renew.

Related: Some seasonal small businesses have no insurance coverage heading into summer

Among other things, Howell expects claims to be affected by “a significant rise in property damage claims, as the value of fixtures, fittings and floorings is going up in British properties across the board.”

The trend toward self-employment shows no signs of abating, but many remain without any cover. As noted, four in 10 polled businesses have some coverage by their third year, which improves to six in 10 by the fourth year. However, that “still leaves a large slice of the country’s business activity unprotected.”

AXA reports the most serious gap is in employers’ liability insurance, which covers workplace injuries and illness. The survey found just 41% of those who have taken on eligible staff – includes full-time, part-time and temporary employees, labour only sub-contractors, volunteers, apprentices and interns – have this cover.

“We anticipate that claims against small firms will increase in value, and they are affecting a wider spectrum of occupations than ever before,” Howell points out.

Young businesses in the economy “can be less prepared for pitfalls and mistakes than firms that have been around longer. Insurance should be considered an essential piece of financial protection from day one,” he contends.

Other findings include the following:

Related: About half of Canadian small business owners and C-suite execs not confident in secure destruction systems for paper or electronic media: survey

More News
Related
Confusion, frustration common to BI claims can be lessened: RIMS survey
Global cyber attacks expected to up demand for related insurance, U.S. market could grow 10-fold: Fitch Ratings
Some seasonal small businesses have no insurance coverage heading into summer
Unexpected threats should be a concern to SMEs in U.K.: RSA