Intact Financial Corporation, Trisura Guarantee Insurance Company, and brokerages NFP and Westland Insurance Group all announced changes at the senior executive level over the past week.

Barbeau will succeed Mathieu Lamy, who is retiring as Intact’s COO. Lamy will serve as vice chair of innovation and technology effective Sept. 1.

In 2000, Barbeau joined the actuarial department of ING Canada, which later became Intact. Eight years later, Barbeau was appointed vice president of marketing and communications at belairdirect, a direct writer owned by Intact.

“Patrick Barbeau knows the operations of Intact inside and out. More importantly, he has overseen and shaped our personal lines strategy as well as our claims operations – two pillars of our outperformance,” Intact CEO Charles Brindamour stated May 10 in a release. “Patrick is a strong people leader and is well known by the investment community and other industry stakeholders.”

Barbeau has an actuarial degree from Université de Laval à Québec. He is also a Fellow of the Casualty Actuarial Society. 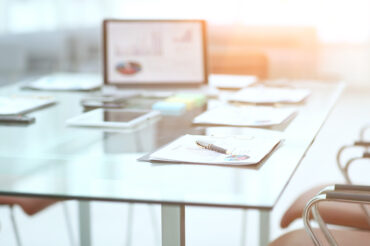 Donna Barclay has been appointed to the position of executive vice president, commercial, of Westland Insurance Group, effective June 1.

Barclay was most recently president and COO of The Guarantee Company of North America, where she also previously served as chief underwriting officer. Intact completed its takeover of The Guarantee and MGA Frank Cowan Company in December 2019.

Barclay, who brings more than 30 years of executive and underwriting leadership to Westland, will be responsible for the brokerage’s national commercial strategy. She will be based in Ontario and report to Westland’s president and COO, Jamie Lyons.

“We are thrilled to be able to add someone of Donna’s calibre as we expand our executive team” Lyons said in a press release on May 11, noting that Westland has more than quadrupled the size of its commercial platform over the last five years. The brokerage has an “ambitious” business plan in the years ahead, Lyons said. “Donna is going to play a key role in helping shape and execute on our exciting commercial vision.”

He will be based in Toronto and lead the insurer’s surety operations.

Grant has been with Trisura Guarantee since its inception, when he started as a surety underwriter in 2006. Throughout his tenure, he has held positions of increasing responsibility, including regional vice president, Prairies, in Trisura’s Calgary office. Most recently, Grant held the position of vice president, U.S. surety, to help launch Trisura’s surety platform in the United States.

Grant has more than 18 years’ of experience “building expertise and developing strong relationships with broker partners,” as Trisura put it in a statement. He succeeds Matt Baynton, who is moving to pursue a new opportunity with one of Trisura Guarantee’s industry partners.

As part of the CRS Group, Pires will use her commercial P&C and programs expertise to advance the team’s work. She will report to John Belyea, chief operating officer for NFP in Canada.

“We’re thrilled to welcome Suzy to the team,” said Belyea. “Her programs expertise will complement the existing capabilities within the CRS Group. Suzy and our growing CRS Group have the specialized expertise that clients need to navigate risk in this environment.”