A bill that would “clarify the standard of care” owed to users of trails in Ontario passed third reading Wednesday, paving the way for the legislation to receive royal assent.

Bill 100, the Supporting Ontario’s Trails Act, was the subject of debate Tuesday at Queen’s Park in Toronto. 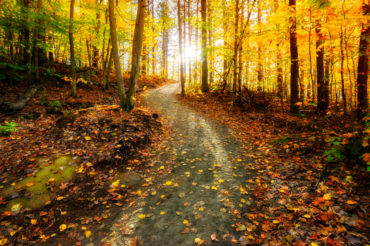 In addition to enacting the Ontario Trails Act, Bill 100 would also make changes to the Occupiers’ Liability Act, Motorized Snow Vehicles Act and the Off-Road Vehicles Act. Only three of the 95 MPPs who voted Wednesday opposed the bill.

Once it takes effect, Bill 100 will add “clarity” to the Occupiers’ Liability Act, said Michael Coteau, the Liberal minister of tourism, culture and sport.

“Currently, there is some legal ambiguity around what standard of care is owed to users of trails,” Coteau said in the legislature Tuesday. “For example, if an ATV club charges a membership fee for coordinating rides on a portion of the Ontario trail network, it is legally questionable what level of trail care is required from the owner of the trail. If passed, Bill 100 would clarify the standard of care required by not-for-profits and public owners and managers of trails. Trail organizations and managers must still seek out permission from the landowners. The proposed amendments to the Occupiers’ Liability Act would help make owners more comfortable with giving such permission by clarifying that the users of the free marked recreational trails use them at their own discretion and their own risk, even if the owner or occupier of the trail gets money from the government for other reasons, such as levies or charging parking fees.”

Among others things, the Ontario Trails Act would give the tourism, culture and sport minister the authority to recognize trails as Ontario trails of distinction and establish a trail classification system.

The Occupiers’ Liability Act stipulates “circumstances in which a person who enters on certain premises is deemed to have willingly assumed all risks and in which a modified duty of care applies,” the government states in an explanatory note. “One of those circumstances is where a person enters certain premises for the purpose of a recreational activity and the person is not being provided with living accommodation by the occupier and no fee is paid for the entry or activity of the person, other than a benefit or payment received from a government or government agency or a non-profit recreation club or association.”

The new section of the Occupiers’ Liability Act would stipulate that a “fee charged for a purpose incidental to the entry or activity, such as for parking” would not constitute a “fee” for the purpose of a user assuming all risks. A “receipt by a non-profit recreation club or association of a benefit or payment from or under the authority of a government or government agency” would also not be considered such a fee.

Similar changes would be made to the existing Motorized Snow Vehicles Act and Off-Road Vehicles Act.

Some MPPs spoke out against other provisions of Bill 100, but not against proposed changes to the Occupiers’ Liability Act.

“Bill 100 says that an easement for a snowmobile trail could be placed on a farmer’s property,” Jack MacLaren, Progressive Conservative MPP for Carleton-Mississippi Mills, said Tuesday of the proposed new Ontario Trails Act.

But whether an easement is “perpetual or term-limited is the decision of landowner,” said Paul Miller, the NDP critic for tourism, culture and sport.

“So too is the decision over whether or not to grant an easement at all in the first place,” Miller said. “No landowner has to give away any land.”