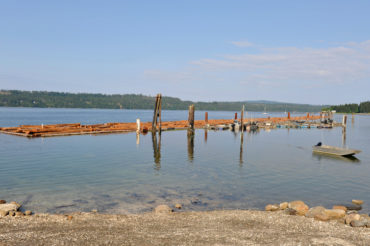 Bill C-44 is omnibus legislation that implements, among other things, some provisions of the federal budget 2017-18, tabled March 22.

In addition to its budget provisions, Bill C-44 changes several other laws, including the Bank Act and Income Tax Act.

For example, it repeals a part of federal Income Tax Act, which dates back to the 1950s, that stipulates that an insurer is exempt from paying income tax if the insurer covers “property used in farming or fishing or residences of farmers or fishermen.”

The Canadian Association of Mutual Insurance Companies was opposed to “the elimination of the total tax exemption” for insurers covering farming and fishing properties, CAMIC president Normand Lafrenière told the House of Commons finance committee May 15.

With the passage of Bill C-44, the Canada Deposit Insurance Corporation Act and the Bank Act will be changed to require “domestic systemically important banks to develop, submit and maintain resolution plans.”

When it tabled the budget this past March, the ruling Liberals noted that none of Canada’s six systemically important banks could be “wound up under a conventional bankruptcy and liquidation process should they fail without imposing unacceptable costs on the economy.”

Legislative changes with Bill C-44 are intended to “provide the Superintendent of Financial Institutions greater flexibility in setting the requirement for domestic systemically important banks to maintain a minimum capacity to absorb losses.”

The bill will also change the Proceeds of Crime (Money Laundering) and Terrorist Financing Act, imposes reporting and record-keeping requirements on several types of entities, including life insurers, brokers and independent agents as well as securities dealers.

With the passage into law in 2000 of the Proceeds of Crime (Money Laundering) and Terrorist Financing Act, the federal government established the Financial Transactions and Reports Analysis Centre of Canada (FINTRAC), to which several types of transactions must be reported.

A part of the Proceeds of Crime (Money Laundering) and Terrorist Financing Act that applies to lawyers was struck down, on constitutional grounds, by the Supreme Court of Canada in its ruling in Canada (Attorney General) v. Federation of Law Societies of Canada, released in February 2015.

The Proceeds of Crime (Money Laundering) and Terrorist Financing Act requires lawyers “to identify persons and entities on whose behalf they act as financial intermediaries,” Justice Thomas Cromwell of the Supreme Court of Canada wrote in Canada (Attorney General) v. Federation of Law Societies of Canada. “In summary, a lawyer must verify the identity of persons or entities on whose behalf the lawyer receives or pays funds other than in respect of professional fees, disbursements, expenses or bail. There are detailed rules about how to do this verification upon receipt of $3,000 or more.”

Although the law already had an exception for documents subject to solicitor-client privilege “this provision requires the lawyer to seal, identify and retain the document and to claim privilege in court within 14 days,” Justice Cromwell wrote at the time. “FINTRAC has the authority under the regime to disclose to law enforcement information of which it becomes aware under the search provisions if it suspects that it would be relevant to investigating or prosecuting an offence arising out of a contravention of the verification or record keeping obligations.”

The Supreme Court of Canada ruled that section 64 of the Proceeds of Crime (Money Laundering) and Terrorist Financing Act, which includes the method by which lawyers can claim privilege in court, “is of no force or effect.” It also ruled that Sections 62, 63 and 63.1  “should be read down so that they do not apply to documents in the possession of legal counsel or in law office premises.”