A bill proposing a minimum $2,000 fine, under Ontario’s Highway Traffic Act, for careless driving causing death or bodily harm, will be re-introduced in the legislature, a Hamilton-area MPP said Thursday. 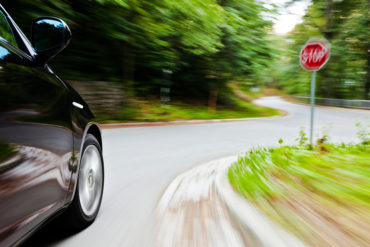 Bill 213, An Act to amend the Highway Traffic Act with respect to careless driving causing death or bodily harm, was originally tabled June 7 at Queen’s Park.

It “aims to recognize and provide a tool for collisions that result in serious injury or death by creating a separate offence of careless driving causing death or bodily harm,” said Eleanor McMahon, Liberal MPP for Burlington, on June 9 during second reading. “Bill 213, if passed, would increase penalties under this new category, making a clear distinction between careless driving and careless driving causing death or bodily harm. It will also give police officers more time to conduct an investigation, and collision reconstructionists the time they need to do these often painstaking investigations.”

Bill 213 was referred to committee but died on the order paper when Premier Kathleen Wynne prorogued the legislature in September, 2016.

On March 28, 2017, Liberal MPP Ted McMeekin presented a petition requesting “that the government throw its full support behind Bill 213 and the call for increased fines, licence suspension and imprisonment related to careless driving in Ontario.”

That petition noted that “careless driving has become a serious issue on Highway 6,” which passes through McMeekin’s riding of Ancaster-Dundas-Flamborough-Westdale.

In an e-mail Thursday to Canadian Underwriter, McMeekin noted that Bill 213 was a private member’s bill tabled before McMahon was appointed Minister of Tourism, Culture and Sport.

“The re-introduction is scheduled and will occur soon,” McMeekin wrote Thursday of Bill 213.

McMahon’s husband – Ontario Provincial Police Sergeant Greg Stobbart – was killed in 2006 while riding his bicycle near Milton. He had been hit by a truck.

“The driver who killed Greg had five previous convictions of driving with a suspended licence, two convictions of driving with no insurance, and had collected $15,000 in traffic-related fines,” McMahon said in the legislature. “His sentence: His licence was suspended again, and he received 100 hours of community service. And just 62 days after this man hit Greg, he hit someone else.”

Bill 213 seeks to “close the gap” between the Highway Traffic Act offence of careless driving and the Criminal Code of Canada offence of dangerous driving (which has a five-year maximum sentence).

“Currently, under the Highway Traffic Act, the minimum fine for careless driving is $400 and the maximum is $2,000,” McMahon said. “Drivers could face up to six demerit points, a licence suspension of up to two years, and up to six months in prison, although this is rarely, if ever, delivered as a sentence.”

She added that a friend of hers with the Toronto Police Service told her that “with all of the careless driving charges he has laid, none of them has resulted in a jail sentence, despite the fact that people have died as a result of the carelessness of a motorist.”

If passed into law, Bill 213 would “fill the penalty gap between careless driving and criminal negligence to provide more options for prosecutors to charge those who get into collisions that result in serious injury or death as a result of careless driving,” said Cristina Martins, Liberal MPP for the Toronto riding of Davenport, during second reading.

NDP Transportation Critic Wayne Gates said he and McMahon “have the same goals in mind” but he had tabled a bill in 2015 that would have created a new offence of contravention causing death or serious bodily harm.

“It would have ensured that any driver who causes death or serious injury, whether careless driving was involved or not, would face a punishment more consistent with the crime,” Gates said.

Speaking in favour of Bill 213 in June was Lorne Coe, Progressive Conservative MPP for Whitby-Oshawa.

“I’ve often felt that penalties for vehicle offences should be more than simply a cost of driving,” Coe said during debate in second reading “We now have taken a better approach in penalizing drivers for distracted driving offences and driving while under suspension. I think we should also do a better job of bringing the penalties for careless driving to the point where they truly do act as a deterrent.”