Blockchain for enterprise applications market to reach US$19.9 billion by 2025: report

The blockchain for enterprise applications market will reach US$19.9 billion by 2025, according to market intelligence firm Tractica. 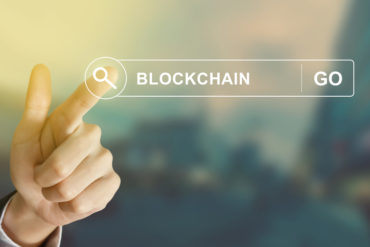 The Blockchain for Enterprise Applications report, released on Wednesday, said that annual revenue for enterprise applications of blockchain will increase from US$2.5 billion worldwide in 2016 to US$19.9 billion by 2025, representing a compound annual growth rate of 26.2%.

The report examines market trends, technology issues, key use cases and industry players in the rapidly evolving enterprise blockchain sector. The study includes granular market sizing and revenue forecasts for 29 use cases spanning 19 industries, segmented by implementation category and world region, for the 10-year period from 2016 through 2025.

According to the report, finance, manufacturing, healthcare, energy and insurance applications “will expand the market for distributed ledger technology beyond cryptocurrency and into the enterprise.”

“Within the past couple of years, there has been much ado about blockchain, also known as distributed ledger technology: a distributed data verification technology wherein financial and operational transactions are recorded and validated across a network, rather than through a central authority,” Tractica said in a press release. “This technology can be confounding as enterprises wrestle with how best to utilize it, but at the same time blockchain promises radically different approaches and efficiencies for transaction processing, asset management, intra-organizational execution and identity management.”

Tractica principal analyst Jessica Groopman added that “blockchain, a technology that began with Bitcoin, is enjoying a blossoming beyond cryptocurrency and the transfer of money, to an architecture able to support many types of transactions, from logging an event, to signing a document, to voting, to allocating energy between parties, and far beyond.

In the last year alone, Groopman added, more than one hundred financial institutions, more than two dozen governments and countless corporations and venture capitalists have invested more than US$1 billion into blockchain startups. “But through the fog of hype,” she said, “lies the sobering reality that this is a market of extreme nascence and fragmentation. Despite significant hurdles, however, blockchain has the potential to impact a wide variety of industries, most notably finance, manufacturing, healthcare, energy, and insurance, among many others.”

2 Comments » for Blockchain for enterprise applications market to reach US$19.9 billion by 2025: report